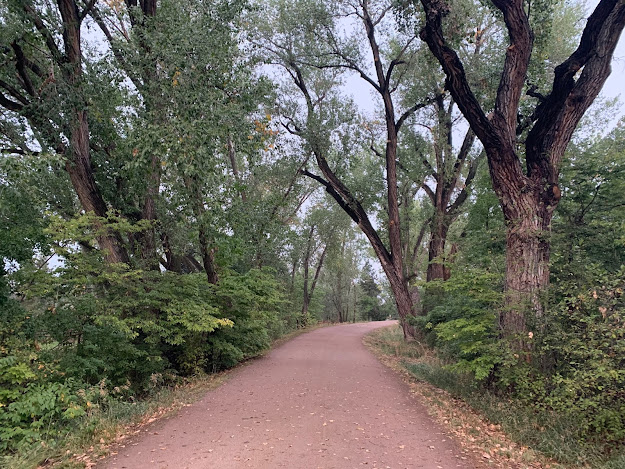 September 10, 2020
7.56 Miles in 1:19:34
Mood: When you gotta go!
Soundtrack: Band of Horses "Everything All The Time"
Does a Craig poop in the woods? He will if he has to go badly enough, and this was one of those days. I tried to hold out, because I would MUCH rather use a toilet, but sometimes your body makes these decisions for you. I found a secluded-ish spot in a grove of trees and took care of business because time was literally running out. Hell hath no laxative like being three miles into a run. I walked another mile to a grocery store and then found a bathroom to finish up and clean up, and then four more glorious miles on a cold and cloudy day. It was a cold run, and only a few days after nearly melting in Wash Park, I had to bundle up in long pants and a fleece to stay warm. I had skipped running for a few days because, although it is only early September, it snowed on Tuesday. I'm not a fan of snow to begin with, but when it starts snowing early on in my favorite month, that is a bridge too far. DO NOT LIKE!