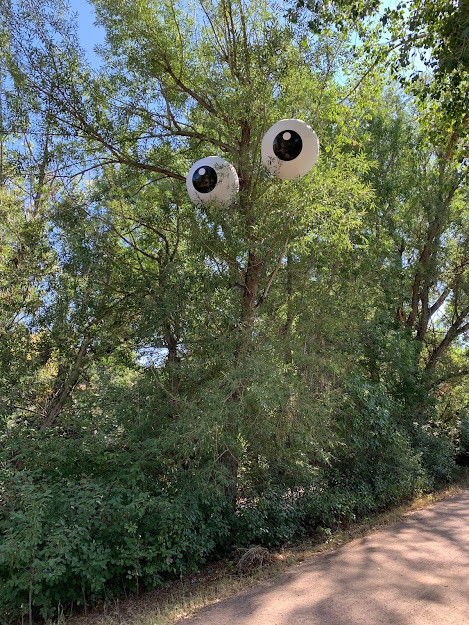 September 12, 2020
7.58 Miles in 1:19:36
Mood: Do you ever feel like you're being watched? By like, trees?
Soundtrack: Leaving those earbuds at home again.
Spent most of this run going in circles at Southglenn to load up on Pokemon supplies at the plethora of Pokestops available there, and then finished up the final mile and a half at DeKoevend Park, which was definitely the best part of this run. I was able to watch several kids soccer games as I ran through the park, but even better, I found a part of the park where the trees literally have eyes. I very much approve of eyes being placed in trees, by the way.