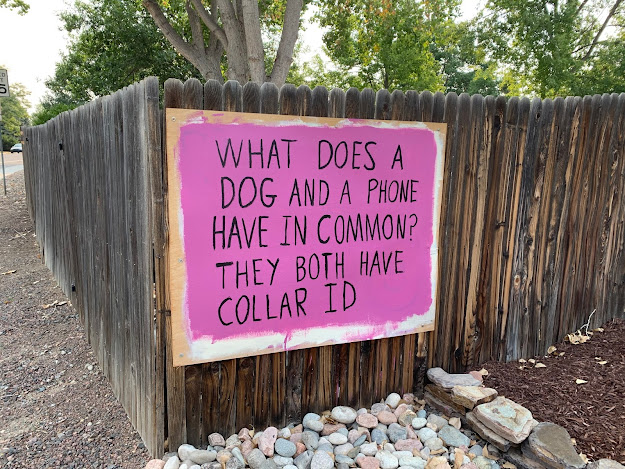 September 7, 2020
10.11 Miles in 1:43:18
Mood: If you're going to post a joke on your fence, I WILL take a picture.
Soundtrack: Modest Mouse "We Were Dead Before the Ship Even Sank"
The joke posted on this fence is middling humor at best and has a grammatical error (it should have used "Do" not "Does"), but the fact that someone was willing to nail a giant joke to their fence was worth commemorating.
It was Labor Day, and that meant no work for me, and it also meant I could pretty much take as long a run as I wanted to take, so I decided to go into double digit miles. It felt good to not worry about having to ever get back, and I went a ways with that freedom...all the way to Writer's Vista Park, which is not something I would normally do if I also had to work. Felt good!