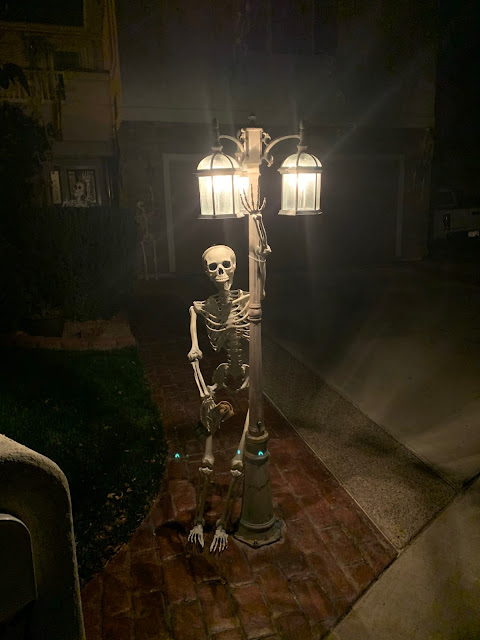 October 16, 2020
7.28 Miles in 1:16:11
Mood: So many skeletons!
Soundtrack: Bon Iver "For Emma, Forever Ago"
I awoke very early at my aunt's house in Grand Junction and decided to head out for a run. Grand Junction isn't my favorite place to run because the neighborhoods have no flow and you can be running in a beautiful area and two seconds later be running in an area that feels very sketchy and then a minute later you're in an industrial area. This lack of consistency makes it weird to run in, but it does have some nice areas including Mesa State University which was a fun place to run through. However, the best photo of the day happened almost immediately after I left my aunt's house. They have a house on their street that is decked out for Halloween with over 30 skeletons. They are EVERYWHERE in their front yard, but I thought this was the coolest picture, the skeleton on the light pole. This house is very fun, and I doubted anything would beat it for the photo of the run, and I was right.