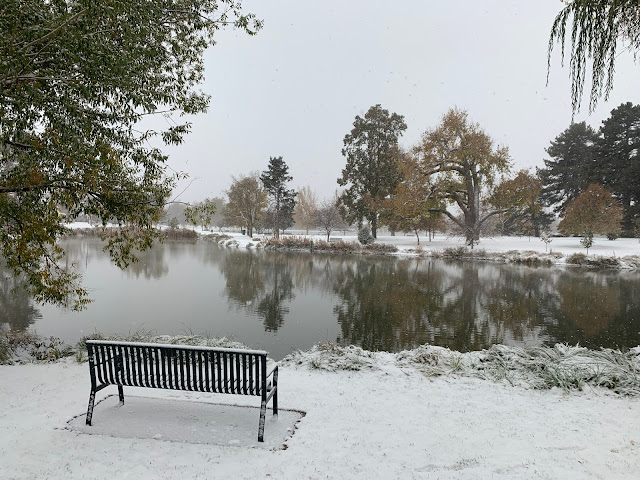 October 25, 2020
5.83 Miles in 59:14
Mood: Snow and Cold? Okay, I guess.
Soundtrack: Blind Pilot "We Are The Tide"
This was the first legitimately super cold run of the season. I'm still in fall mode of nice days and occasional chilly mornings where I don't need to bundle up to run and can occasionally even break out a pair of shorts, but it was 16 degrees outside when I started, and I started late because I had to convince myself that I needed to run and it took me a bit of time to do that. Turns out that cold and snow is a big demotivator for me. I decided that I would run a shorter amount than usual, but I'd still run. It actually turned out to be a pretty nice morning, and although it was cold, it wasn't miserable and I actually felt pretty good looping around a very white Wash Park.