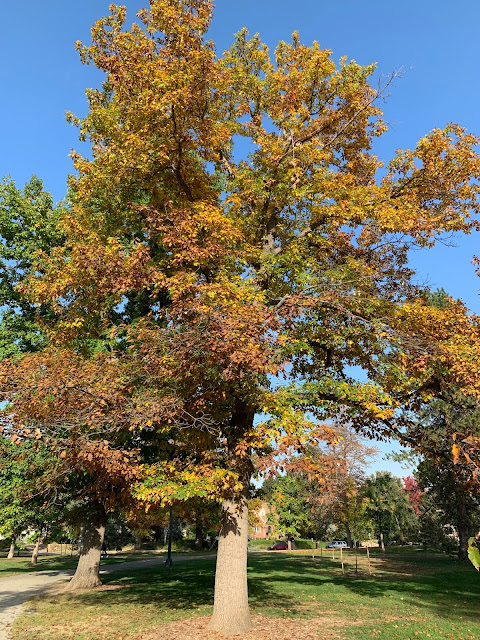 October 10, 2020
8.03 Miles in 1:17:22
Mood: Neighborly
Soundtrack: The Avett Brothers "Magpie and the Dandelion"
The trees are changing colors rapidly, but many of them are still green, and sometimes there are yello, green and brown leaves all on the same tree. This is a confused tree, I'd say, but it sure is pretty!
I ran almost two laps before meeting up with my friend Drew to do a Pokemon Go trade, and then the two of us did another lap around the park, as he wanted to get in a bit of a run and asked if it was okay to run with me. It was nice to be able to have someone to chat with and loop around the park with, so that was cool, and then just as we were about to say goodbye, another friend of mine named Matt saw me and said hello. It was the most socialization I've had at Wash Park in forever...it was pretty great.