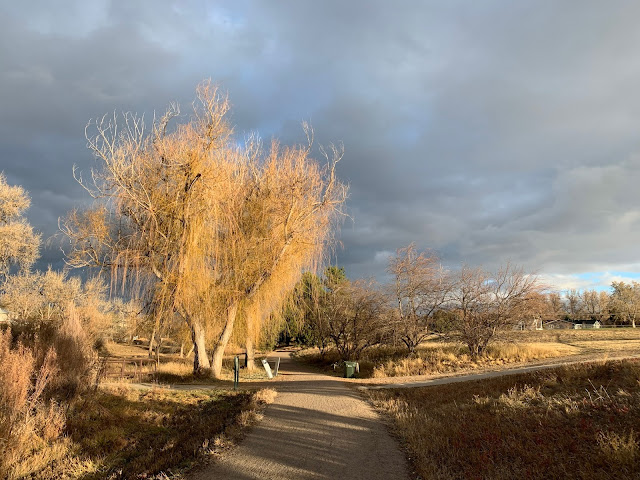 November 9, 2020
7.92 Miles in 1:21:49
Mood: Watching the snow moving in
Soundtrack: Peter Mulvey "Letters from a Flying Machine" and "There is Another World"
The forecast called for snow, but I was out early enough in the morning that the sun was up and shining. However, I saw the storm moving in, including this moment here where everything was lit up with sunlight, but the dark clouds were sweeping in behind it all. Very odd to see, but it made the lighting very dramatic for a photo. The snow started falling on me very lightly with about a mile to go in this run, and then for the rest of the afternoon we got a light dusting.