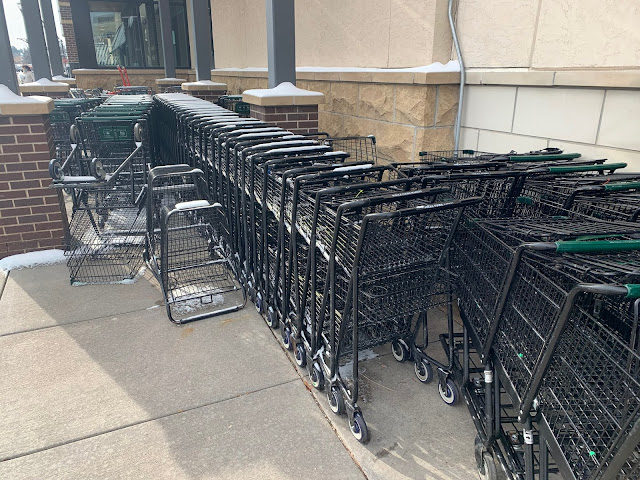 December 12, 2020
7.37 Miles in 1:15:32
Mood: Standing out, like a big weirdo.
Soundtrack: The Avett Brothers "I and Love and You"
I slept in and was in no hurry to get my run in this Saturday, so I ended up starting out VERY late in the morning. This caused me to be running in circles at Southglenn at the same time that a Pokemon Go Community Day was beginning. The result was I saw several fellow Pokemon players out playing and they saw me out running like a crazy person. I stopped several times to say hello, but continued on my run without ever really stopping much to play. I felt like quite the weirdo.
Also, I'm running out of things to photograph at Southglenn, so here are a few of the excessively large collection of little shopping carts that Whole Foods has at the ready outside their store.