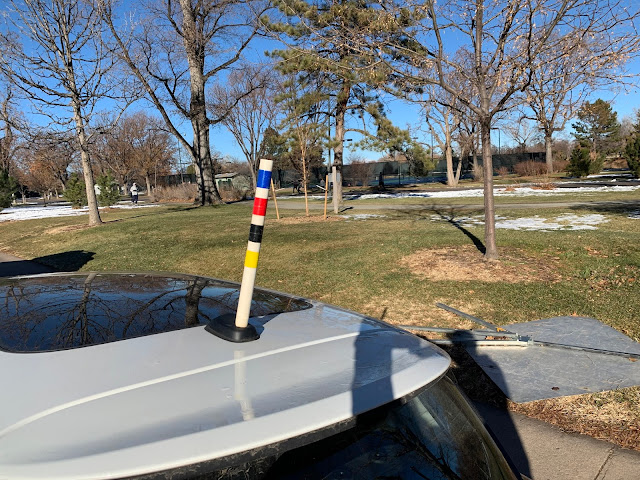 November 28, 2020
7.11 Miles in 1:11:20
Mood: Do you play croquet?
Soundtrack: Jack White "Blunderbuss"
I rarely run at Wash Park on back to back runs, but a four day Thanksgiving holiday afforded me the chance. I arrived at the park at right around the same time I had run two days previously and I parked behind the exact same car that I had parked behind on Thanksgiving Day. I could tell it was the same car, because it was a Mini Cooper with a croquet peg mounted on the back. How many of those could there possibly be?
I was able to run on the outside track this time, as the snow had melted enough since Thursday to make that feasible. Sadly, I saw no one dressed up as a turkey this time, but I guess that moment had passed.