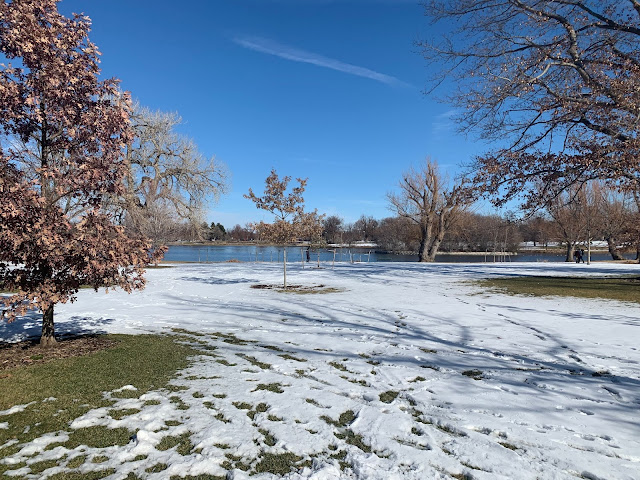 November 26, 2020
7.14 Miles in 1:11:03
Mood: Thankful
Soundtrack: Arcade Fire "Everything Now"
I thought that Thanksgiving might be quiet at the park, but I was 100% incorrect on that assumption. The park was packed and many of the people enjoying their morning at the park were dressed up like turkeys. I know it was for Thanksgiving, and I enjoyed it very much, especially some of the more elaborate hats and costumes, but there is something slightly weird about dressing up as an animal that you are planning to devour in a few hours.
There had recently been snow, and the outside gravel track at the park was a little too snowpacked for my tastes, so I ran on the paved road inside the park which isn't quite as nice as the outside track, but is still pretty and that was where most of the people dressed like turkeys were hanging out, so that was a nice consolation prize. I kinda wish that I had taken a picture of some of the people that were dressed up, but it the time of COVID, I felt like the best thing to do was to just stay six feet or more away from people and not ask them to pose for me, and taking a picture without their permission sounded to creepy for me, so instead you get a picture of the trampled snow close to the lake on the south side of Wash Park!