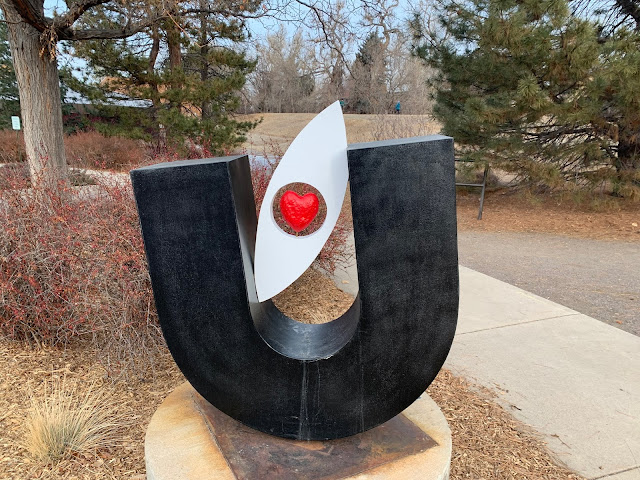 January 19, 2021
6.89 Miles in 1:13:22
Mood: Splitting my time.
Soundtrack: Phoebe Bridgers "Punisher"
I split this run into two sections. The first half of the run was spent running in circles at Southglenn, and the second half was spent on the Highline Canal. It was pretty chilly this morning, but both halves were enjoyable, and in between I stopped and took a picture of this silly bit of art outside of the Goodson Rec Center. I think that's an "Eye, Love, U" It's more than just a little cheesy.  I also had a thought that this would be my last run during the Trump administration, which felt nice.