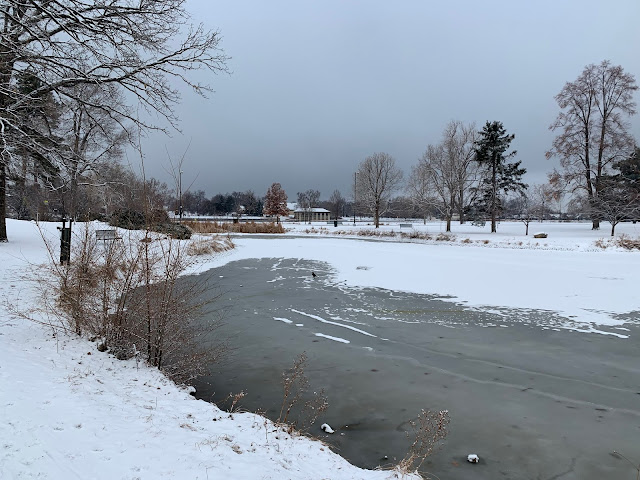 January 10, 2021
7.46 Miles in 1:20:27
Mood: Ice is slippery, let's not fall on it.
Soundtrack: The Avett Brothers "Live: Vol 2" and "Live: Vol 3"
It snowed all day Saturday, which was fine, as I spent the whole day watching playoff football, but I'm not sure I was emotionally prepared for how icy and snowpacked Wash Park was. I tried running around the paved street inside the park on my first run, and it was like running on an ice rink. I slipped several times, never dangerously, but that just makes things so much less fun when the whole time you're worrying about falling on your butt. Then I realized that the gravel track on the edge of the park had snow on it, but that it hadn't solidified into ice, and was extremely good for running. I spent my final two laps feeling much more sure footed, even as the snow began to lightly fall on me towards the end of the run. Oddly, it felt MUCH warmer than my Friday run when the sun was out. I felt pretty great once I figured out how to avoid the slippery parts.