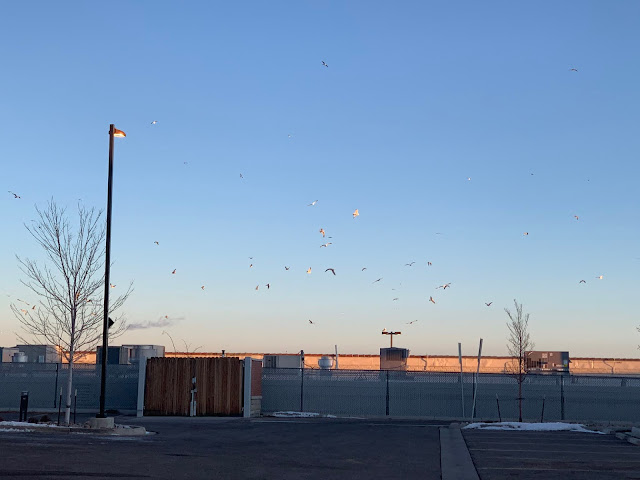 February 16, 2021
7.09 Miles in 1:15:13
Mood: Birds!!!
Soundtrack: Good Old War "Come Back As Rain" and Grouplove "Never Trust A Happy Song"
This picture does not accurately capture the situation, but it was the best I could do. I had just departed on my run, and had only been going for about 2 minutes when all of the sudden the entire sky was filled with birds. In every direction there were birds. Hundreds and hundreds of them. The sun was just coming up, and it looked almost like they were just trying to soak in some warmth from it's rays. I don't know that I have every seen anything quite like it. There were birds of all sizes and they were flying in every direction. It was madness. So many birds. It was kind of cool, but also a little worrying, as if the bird uprising were beginning in earnest. Pretty wild way to start a Tuesday morning run.