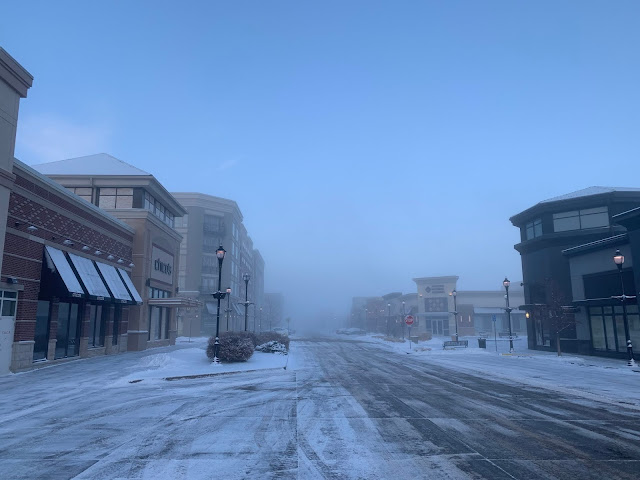 February 18, 2021
7.44 Miles in 1:20:12
Mood: Slippery and Foggy.
Soundtrack: The Shins "Port of Morrow"
After a night of snow, the streets were snowpacked and as you can see above, the world was foggy. Southglenn had a surreal and spooky feel to it, especially for the first 20 minutes or so. The fog began to slowly lift, and things began to warm up, but it was slippery the whole dang time. So much ice everywhere. This is another morning that I might have skipped had it not been February, and I need to get in the miles to make my goal. Since it's that dang second month of the year, I put on long underwear and lots of clothes and once again made progress to a difficult goal to reach in only 28 days. I had better make it! It was kinda cool to see so much fog hovering over Southglenn, though. We don't get that too often.