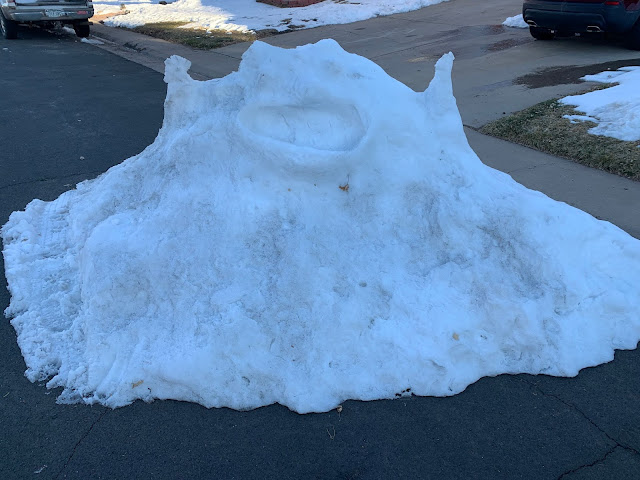 March 18, 2021
7.68 Miles in 1:22:25
Mood: Ready for the monster to die.
Soundtrack: Everclear "Songs From An American Movie"
This pile of snow made me do a double take as I ran past. I don't think anyone created it other than random chance, but it has two eyes, a mouth, and two little hands that are up in the air as if they are screaming in protest of the melting that is to come. It totally looks like a snow monster, and I dug it. Also, it's been like four or five days since all this snow fell, and it still has a lot of melting to do, and that can happen as soon as possible if it were up to me...even if it means the end of my snow monster.