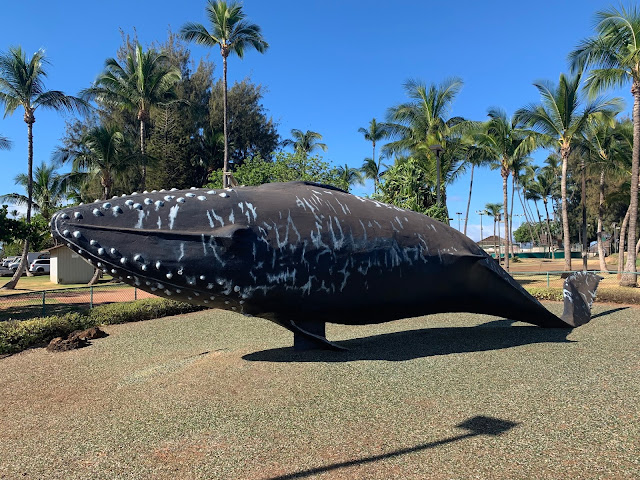 June 2, 2021
7.09 Miles in 1:13:36
Mood: One last Hawaiian run.
Soundtrack: Locked On: Nuggets Podcast and TBTL
I definitely wasn't running as often as usual while on vacation, as we had a pretty action packed schedule, but I knew I needed to squeeze in one more, so on our last full day in Hawaii, I got up early and once again headed north. I was very similar to my first run in Hawaii, but I felt so much more familiar with the scenery and comfortable with where I was. I also had been going pretty hard on vacation, so I was a little gassed towards the end of this run.
It was a pleasant run, as I had watched my Nuggets win a huge playoff game the night before, so I was in a good mood as I listened to a podcast that discussed the epic win before catching up on a few episodes of TBTL. I went all the way north to my new favorite shave ice place, Ululani's. It wasn't open yet, but I was pretty sure I would be back later in the day to get some. (Spoiler: I was)
The run home was half running half walking, but I managed to get myself up to seven miles before walking home the final few blocks. On the way back, I also stopped by a nice park that is just adjacent to the beach to take a picture of this enormous whale statue. Apparently if you go to Maui in winter, whales are everywhere, but we were there at the wrong time of year for them, still...it's a cool statue!