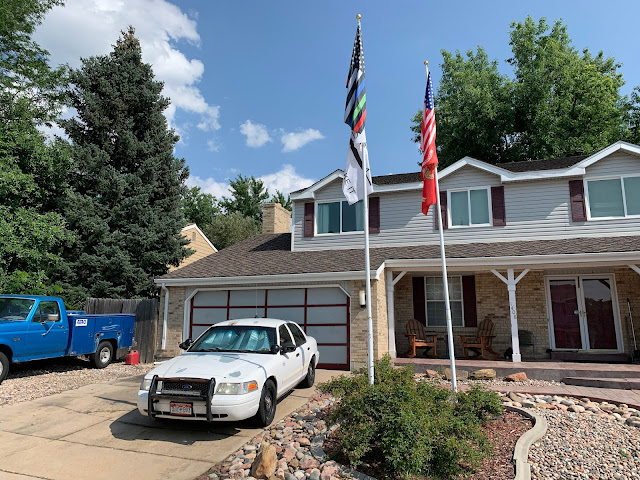 July 25, 2021
5.56 Miles in 59:32
Mood: HOT!
Soundtrack: TBTL and The Nateland Podcast
The day before this run, I did my "Walkabout" which was a 30 mile walk from my house to the Denver Zoo and back. That walk took almost all day and was pretty exhausting, so rather than get up super early on Sunday morning, I slept in and then decided I'd go later in the day. A dinner invite to a friends house meant that if I wanted to get my miles in (which I had to do if I am going to get to 100 miles this month), I'd have to go in the afternoon.
So at 3:15 in the afternoon, I left the house and started running in 91 degree heat. It was honestly kind of miserable and a few miles in I got a low blood sugar which required me to purchase several items to try and drink/eat to raise. I was hot, sweaty, and waiting for sugar to replenish my strength and was only two and a half miles into my run when I had already been out for well over an hour. I was pretty annoyed, but eventually the sugar went up and some clouds moved in, and the final few miles felt decent. I only got to five and a half miles, but it was enough to keep me in the hunt for a 100 mile July.
Today's photo comes from a home that I couldn't believe didn't also have a Trump flag. There was an American flag, one of those goofy dark american flags with a bunch of colors on it to represent police and armed service branches, there was a Marines flag, and a flag with a machine gun on it that menacingly said, "Come And Take It!" I also felt that the unmarked police car or perhaps former police car in the driveway completed the look. I wouldn't advise anyone try breaking into this guys house, but I also am not going to try and make friends with this guy.