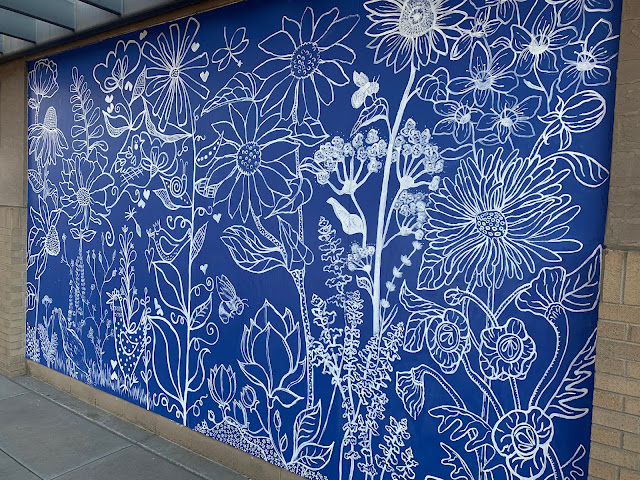 August 6, 2021
4.01 Miles in 41:51
Mood: Poor run, but good healing!
Soundtrack: Waxahatchee "Saint Cloud"
This ran start with an aching knee and ended with a low blood sugar, and at no point throughout the four mile disaster did it ever feel like a real run. The good news is that it appears this run cured whatever was wrong with my knee as it felt back to normal after I finished and the soreness that I had been experiencing for a week has vanished. So despite a lackluster outing, I'll take the getting better!
It took me about three quarters of a mile to shake the stiffness in my knee, and that first stretch I must have looked ridiculous as I had quite a hitch in my giddy up. I shook the knee pain, but then very quickly started feeling a low blood sugar coming on. I tried my best to fight through, but it wasn't going to happen. I went to a convenience store and bought an ice tea, which helped, but not enough. I didn't feel like running anymore, so I called it quits after a very short four miles.
Today's photo is the finished product of the mural that was being painted while I ran back on July 21st and I think their artwork looks very nice now that it is finished!