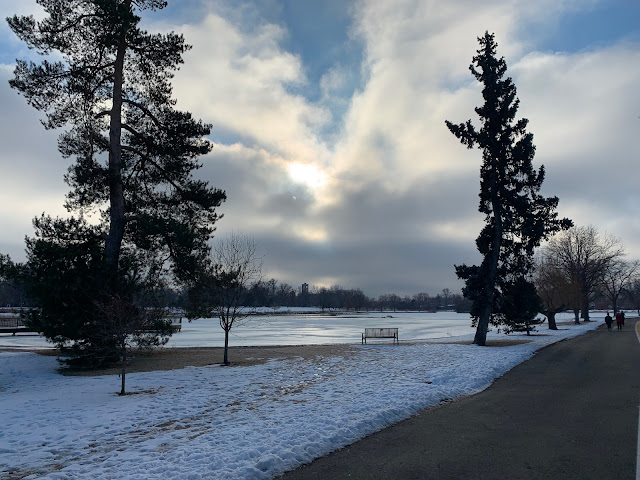 December 9, 2022
6.18 Miles in 1:07:19
Mood: A welcome farewell to Vic.
Soundtrack: Taylor Swift "Red (Taylor's Version)"
The Broncos season had ended the day before, and I was kind of relieved as it's been a rough one. I started out my run with clouds everywhere, but things slowly became brighter. It started with getting to wave hello to Lindsay Jones, a sports writer and runner with whom I am friendly, as she was also running around the park. Then I got a text from my friend John Kline letting me know that the Broncos had fired Vic Fangio which came in to me just as the clouds parted and the sun started shining, which was totally appropriate as I have had more than enough of Vic leading my favorite team. Then I was able to manage a respectable six miles which is by far the furthest I've run since my injury, and I felt good after I was done! A great morning all around.