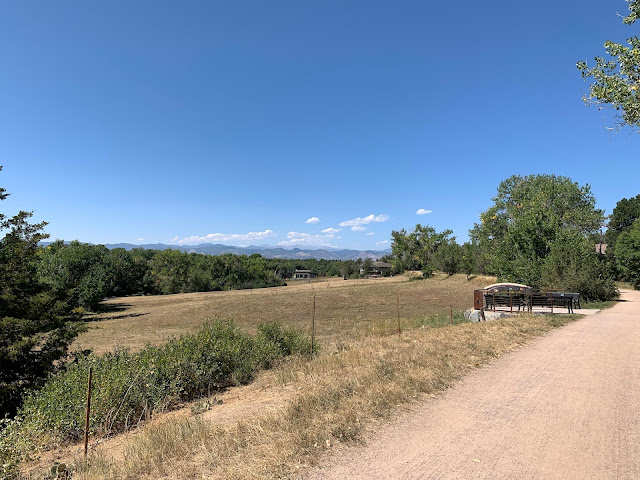 September 18, 2021
7.08 Miles in 1:14:24
Mood: A hot weekend run during a "hot" birthday weekend! (Hot still means good, right?)
Soundtrack: Phoebe Bridgers "Punisher"
It was my son's 14th birthday, and between his football game in the morning and getting ready to take his buddies to Meow Wolf that night, I had to get in seven miles somewhere, so I did so in the early afternoon of a hot Saturday. It was a pretty good run, although I needed a cold shower to cool off afterwards, but the skies were blue, and the trail was open, and I got it done! This was actually one of the more fun Saturdays I've had in a long time, even though I spent two and a half hours doing work right during the middle of it. Luke's flag football games and Meow Wolf are both excellent ways to spend the weekend!