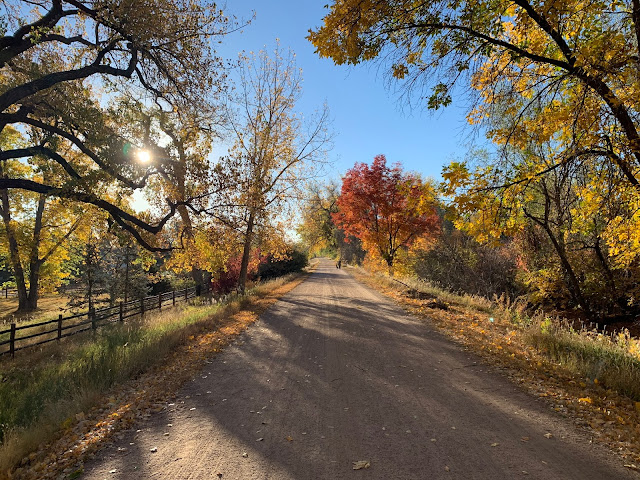 October 12, 2020
7.06 Miles in 1:13:59
Mood: Alone, but not lonely.
Soundtrack: The Bill Simmons Podcast and The After Disaster
It was almost freezing as I started out on this run...a balmy 33 degrees. It's been awhile since it's been that cold, and it had me realizing it won't be long until I'm running all bundled up with sweatshirts and gloves. Honestly, that made me a little sad, but at least this chilly fall day was tremendously beautiful along the Highline Canal trail, and the cooler weather meant that for the most part I had the trail to myself this morning. There were a few people out for walks and runs, including a guy who passed me like I was standing still, but generally it was less crowded than usual.