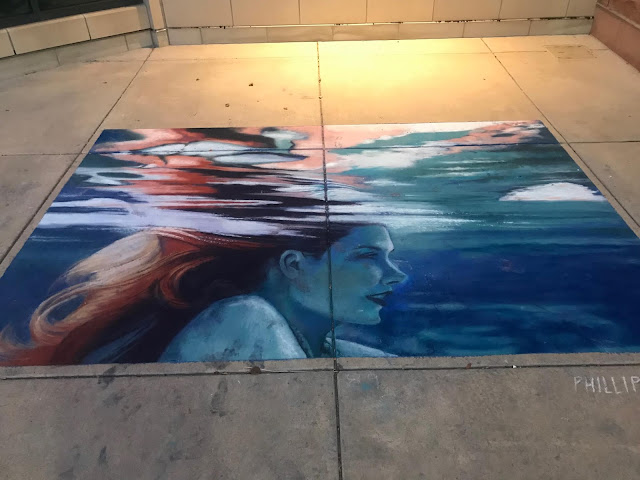 This was a weird run. The first half was slow and laborious. I was circling The Streets at Southglenn, as I do regularly, to load up on Pokemon supplies via the mall's large collection of Pokestops. I was slow and figured that at most I was only going to get in five miles today. Then I finished up and headed towards DeKoevend Park, and as soon as I got there, it was like a fire was lit under me. Suddenly I was cruising and feeling great, and my final four miles felt amazing. Usually I get more tired as I go along, it's very odd to gain strength.

Also, I'm beginning to think that the sidewalk chalk installations are a permanent feature of the mall. It's now been four days and there has been very little degradation. This is some pretty resilient chalk. Today's photo comes from another of my favorites. I saw the artist as he was creating it, and he was working from a photograph, and I think he did an amazing job recreating it. 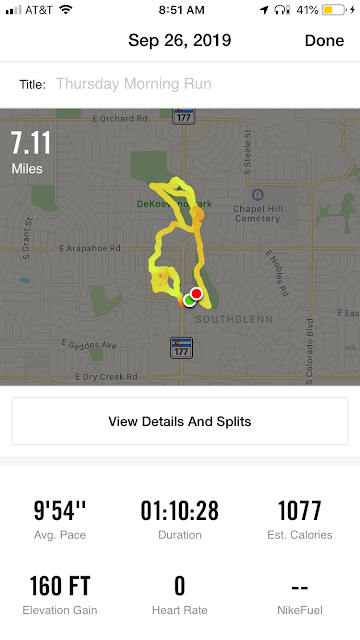