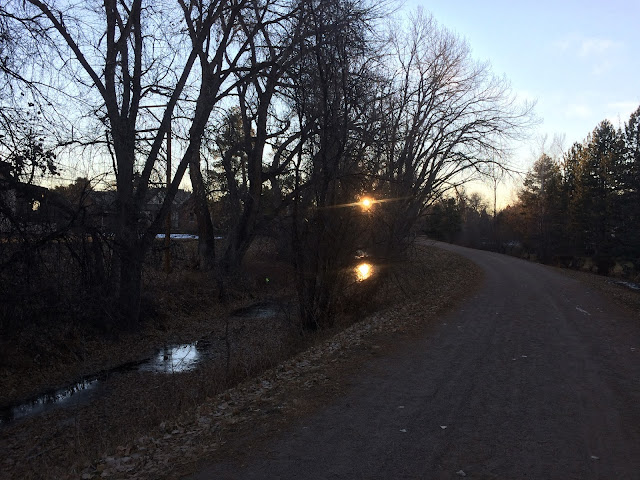 January 10, 2017
7.56 Miles in 1:16:20
Mood: Unable to discern the difference between a dog and a bear.
Soundtrack: The Wood Brothers "Paradise" / Freelance Whales "Weathervanes"

Enough melting had occurred that I was able to hit up the Highline Canal trail this morning. Typically in the depths of winter once snow falls, it becomes very difficult to run the Highline because a baseline of ice and snow makes it extremely treacherous. Thankfully we had temps in the 60's yesterday, which took care of 90% of the ice and made the trail mostly passable except in a few snowpacked shady areas where I had to proceed very gently and slowly. Still, it felt great to run my favorite stretch of trail for the first time in a little while.

On my return trip heading back towards home, I saw a giant dog. I don't know the breed, but it was large and brown, and for about six seconds I thought it might be a small bear. I didn't see the owner who was obscured behind a playground structure and out of my sight, which added to the illusion that it might in fact be a bear. I have to admit in that short period of time that I thought I might be having a bear encounter my emotions were mixed between thinking, "This is awesome!" and "I might get eaten." This mixture of elation and fear left me just staring at the dog-bear like a slack jawed yokel. I'm really glad it was a dog, because my inaction and dumbfoundedness probably would have been the end of me.

Today's photo also comes from my return trek home, as I passed a place where the rising sun poked through the trees and reflected in the small stream along the trail. It was really pretty...much more so that can be expressed in photo form. 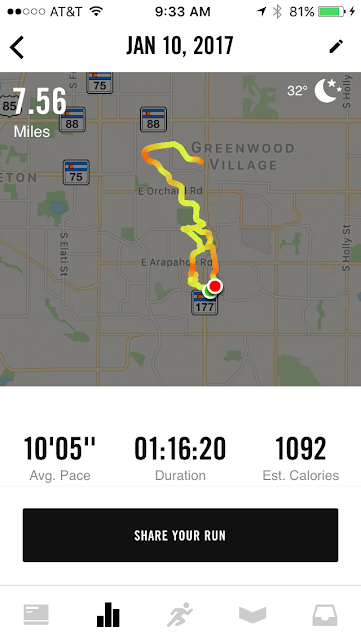