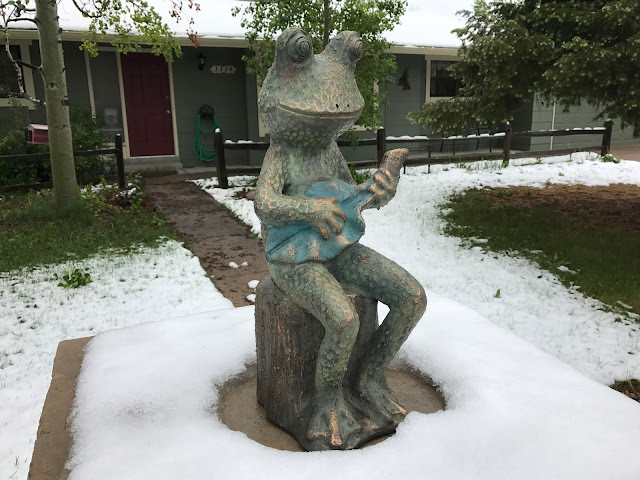 I woke up in a funk with my alarm clock going off and it took my brain a long time to wake up and get myself moving. I don't think I was fully awake even as I started running. The snow was not falling hard like it did during yesterday's run, but there were a few flake falling. It was enough to splotch up my glasses relatively quickly.  It was cold, but not miserably so, and I did my best to run through the streets of Littleton, but my legs were having none of it. I was tired in my brain and even more tired in my legs, and I ended up scraping together five homely miles. It was ugly, but I was proud of myself when I finished for doing the best I could on a morning where I was decidedly not feeling it. Plus, I saw this frog and his other half which was sitting in a flower or a mushroom of some sort. These are the whimsical frog version of Lawn Lions, and I heartily approve of them. They were found on a street I have run on many times, but I think they must be new as there is NO WAY I would not have noticed them. They are too great. I especially like this one using a leaf as a fiddle. 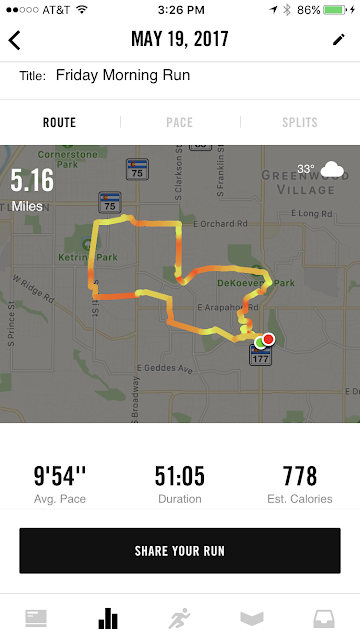