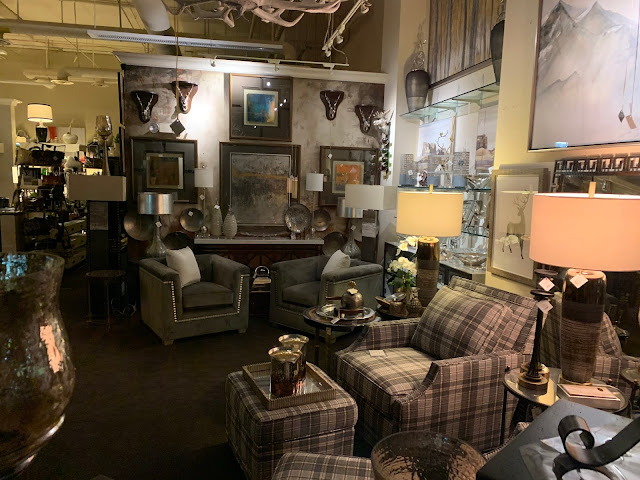 February 10, 2021
8.04 Miles in 1:29:58
Mood: Peeping into boutiques.
Soundtrack: Blitzen Trapper "Furr"
This is a picture I took while outside. It was very early in the morning at Southglenn, and there were a LOT of lights on inside "Carla's" a weird home furnishings boutique that kinda looks like a living room. All the lights on in the inside with darkness outside gave me a clearer view into this store than I have ever had before, and while looking in, I discovered that I'm probably never going to buy anything in this store. I'm actually probably never even going to go inside. Not for me.
On the running front, I have never felt slower in my life that I was on this run. I felt like my legs were made of lead the whole time. I actually started feeling a little stronger about 5 miles in, but this run was embarrassingly slow, but I felt good once it was over, like I had pushed through something rough.