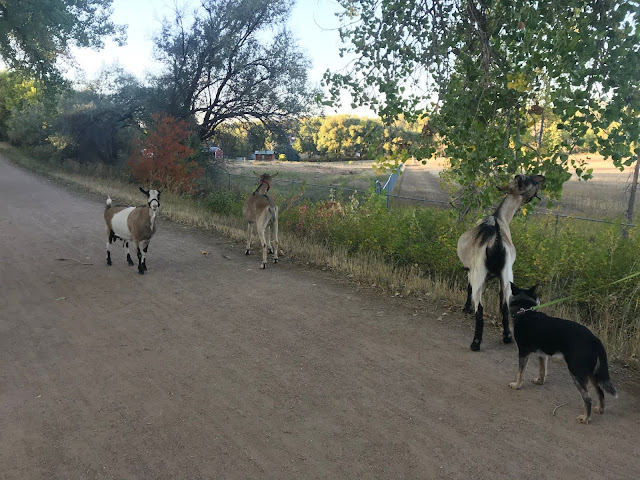 I didn't get a chance to run this particular Sunday morning because of a breakfast with friends, so after the Broncos managed to put the finishing touches on finally winning their first game of the season, I decided to make the most of the few hours of daylight remaining and get a run in.

I travel the Highline Canal trail a lot, but rarely late on a Sunday afternoon. I didn't think I was missing much until today. As I ran along the trail, suddenly I saw a guy walking his dog (normal) and his three goats (less normal). I immediately knew what my photo for this run would be, and I pulled out my camera and started taking pictures without even really asking if it was okay. I struck up an awkward conversation about the goats with the goat herder. I was surprised how well the followed him, and he said one of my new favorite sentences. "Yeah, they're pretty good goats."

They are pretty good goats. I give this run five stars for goats! 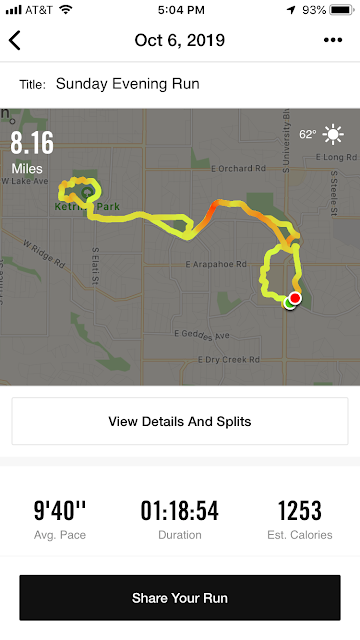