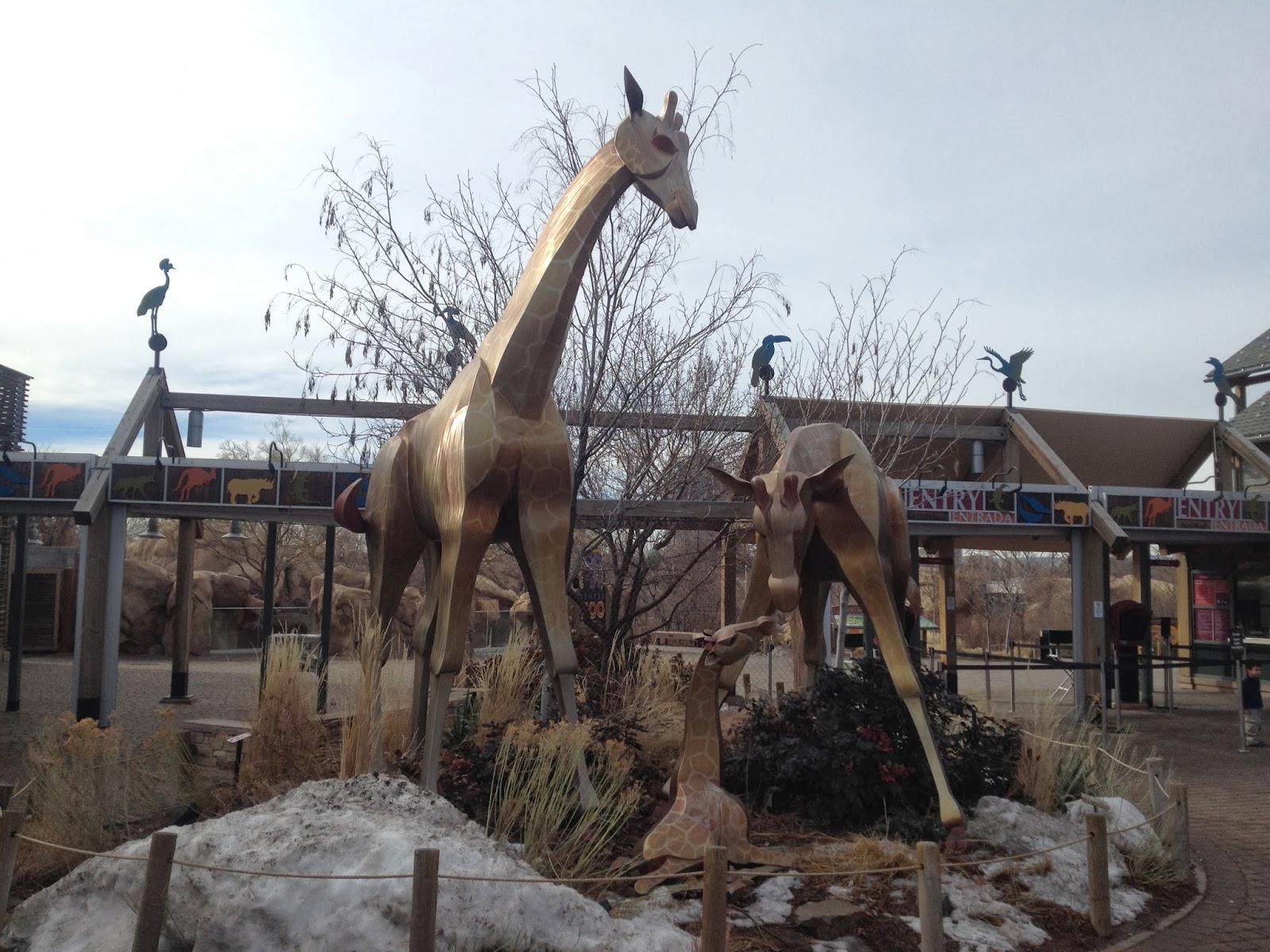 Some of my favorite runs happen when I jump in the car first and find new places to explore that I have never run through before. I like calling these types of outings "Road Trip Runs" and Sunday morning was a doozy of a good one.

I drove up to Cheesman Park in Denver (I just learned that it was a cemetery that was converted to a park in the late 1800's through early 1900's...an interesting story that includes tales of ghosts. You can read about here...http://www.legendsofamerica.com/co-cheesmanpark.html if you are interested)

From Cheesman, I ran down Colfax and around City Park, completely circling The Denver Zoo, and then I ran down to VooDoo doughnuts, and went from running seven miles to immediately standing in (the admittedly ridiculously long) line for doughnuts.

A few things from this run:

The Denver Zoo opens at 10:00 AM on Sundays, and from what I discovered, there are huge lines that form to get in right when it opens up. Granted, it was a GORGEOUS day, but I still found it weird to have a giant line outside of the zoo, as generally when my family goes to the zoo, we arrive later in the day and just waltz right in. I had no idea that a queue would form.

My original plan was to actually use my Zoo membership to get into the zoo, and do a lap of the zoo as part of my run. I was going to include a picture of the grizzly bears as the photo for this run, but I didn't feel like waiting in line for 20 minutes to get in, maybe some other time. (Although, my wife has informed me that people don't want sweaty people running in the zoo. She may be right. I'm not sure what their running through the zoo policy is.)

City Park is a glorious place to run, which is why I would assume why there are so many runners there on a weekend morning. As I ran around the small lake in the middle of the park, I was engrossed in a story on the podcast 99% Invisible about an rivalry between the architect of the Chrysler Building and the architect of the Manhattan Company Building at 40 Wall Street in 1929. These two architects were as former friends who through their rivalry competed to see which would officially become the tallest building in the world. It was really captivating and interesting stuff, perhaps more so to me since I was just recently in New York, but still, really good stuff. The payoff moment of the whole story is when a normally reserved and even-keeled Roman Mars (the show's host) unleashes on Walter Chrysler. It was a truly great moment that had me smiling from ear to ear. You can find a link to that podcast and the story here if you're interested...(http://99percentinvisible.org/episode/higher-and-higher/)

Finally, this run was interrupted by about a 50 minute break to stand in line and buy doughnuts. Because what goes together better than running and doughnuts? I'm telling you, VooDoo Doughnuts have grabbed ahold of me. I find myself craving them, and since their location is just North of Cheesman, I decided that I HAD to get some. The Bacon Maple Bar was audibly calling my name. So, I indeed went directly from running the majority of this run (seven and a half miles or so...the first of the two maps below) to immediately standing in line for doughnuts. Yes, standing in line. VooDoo is the new hotness in Denver, so you're looking at around an hour wait on a Sunday morning if you want to get their delicious pastries.

That in itself was ridiculous enough, but after I procured my doughnuts, I was about three quarters of a mile away from my car. Now sure, I could have just walked to my car, but I am trying to get to 100 miles run in February...and just because I'm holding a large pink box of doughnuts doesn't mean I can't also run.

I'm telling you, if you want to get weird looks, go jogging through a busy park with a box of doughnuts. One guy just looked directly at me, laughed, and said to me, "Now THAT is hilarious."

So yes, it was a pretty good run. 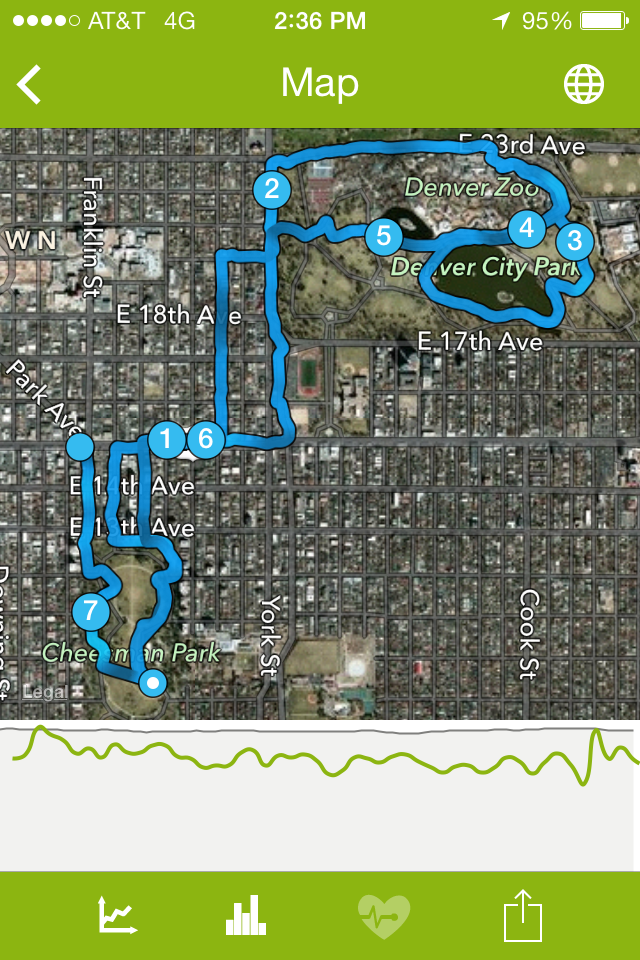 Map 2 - The section of the run where I was doughnut laden. 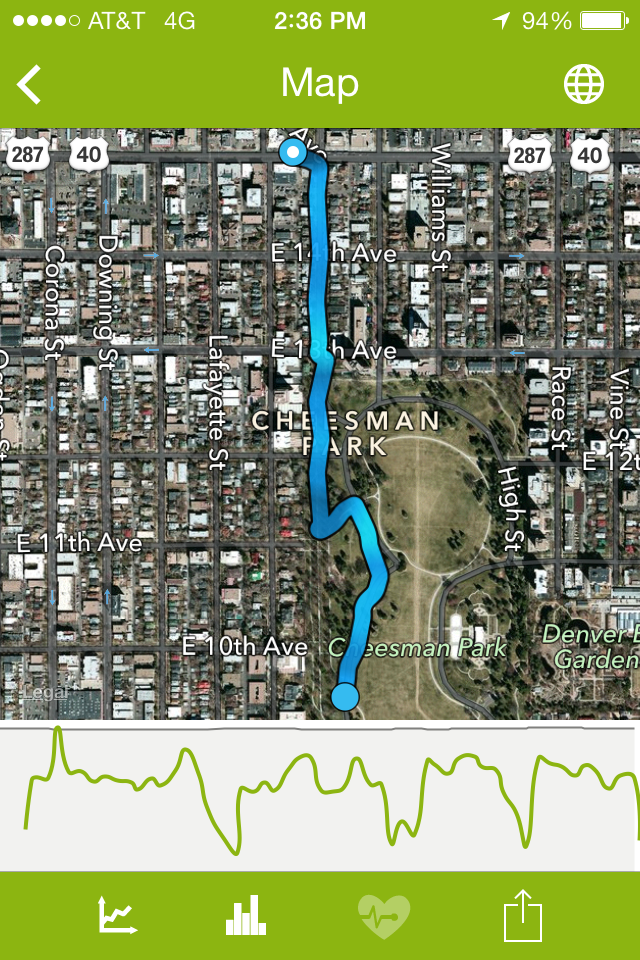