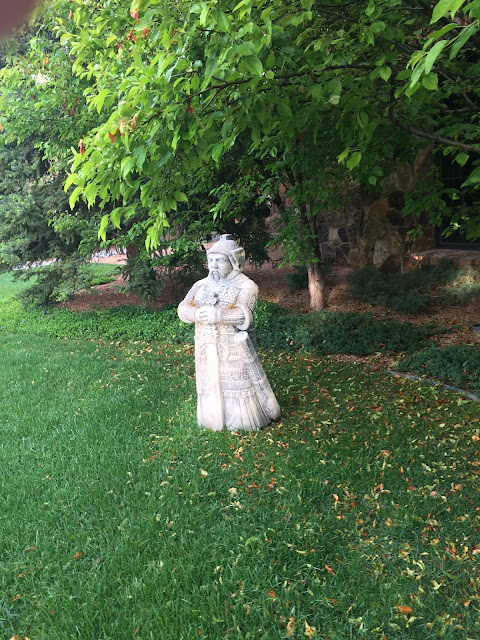 I had almost finished my third mile on the Highline Canal, when the trail came to a road. I stopped there to catch my breath, and a car pulled to a stop, looking like it was waiting for me to cross. I was not planning to move for a little bit, so I waved the car along. The driver, an old man who I would guess to be in his 70's or 80's, crept forward a few feet, but didn't move along. He motioned me over, so I paused my music and walked over to him.

"It's just that you're holding your side. I was concerned."

"I walk two miles every morning...I don't run, though."

Then he pulled away.

I appreciate that he was showing concern, had I been under any actual duress, I'd have been very thankful to have some help. I also appreciated that he walks two miles every morning. Even if that bit of information seemed a wee bit extraneous to our conversation, and I didn't really know how to respond.

The truth is that the old man was a little bit perceptive. I wasn't completely okay. My side is killing me. My mysterious rib injury feels like it's getting worse instead of better. It's not debilitating by any means, but it's highly irritating. It hurts at random times, such as when I turn a steering wheel or sit back in my chair. I find myself on edge, because it seems to always hurt just a little bit, and I'm never entirely sure what small movement may cause an unfortunately spike in the pain level. It's exhausting, and I'm trying not to constantly complain about it, although I do whine more than I should. Still, it's a constant annoyance, and I'd really like to start working in a positive direction with that whole healing thing. Perhaps most annoying is that it's really hurting my pace. I was super slow today, and it was mainly due to the effects of the rib irritation. It makes it slightly harder to breathe, and if I go too fast, it starts to throb.

I did try to push myself one time, when a girl passed me on the trail on the way home. I had been dragging, and she was moving at a solid clip, so I thought I'd try to pace myself with her. It's always easier to run faster when other people are around, I can't figure that out, but it's true. I was able to keep up for a bit, and my lungs and legs felt fine, but after about half a mile of increased speed I was forced to stop and collect myself. My rib was burning in pain, and I was legitimately angry at my injury. That is a weird emotional reaction, but every time something in my body betrays my ability to run, I get mad at that body part. This was especially true when it was a hamstring, and I couldn't run at all. Now, I can run...so long as I push through pain. Still angry, but not AS angry.

Today's photo comes from the treasure trove of Cherryvale Road. Home to perhaps the greatest collection of weird lawn ornamentation in all of Greenwood Village. I have previously posted a lawn ostrich on post 275 from this street, and there are still a decent number of treasures to chronicle on future dates. Today, I decided to post the Samurai Warrior, as I'm sure that he wouldn't gripe about an achy rib...a bit of toughness inspiration for me to try to live up to. (I imagine I'll fail.)

I reached my 100 mile goal for May (I'm now up to 17 consecutive months), and I'm pondering resting on Friday rather than doing my usual Monday run. We'll see how I feel come the morning, I guess. 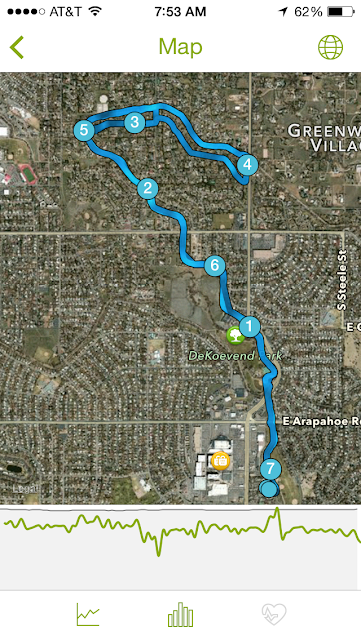