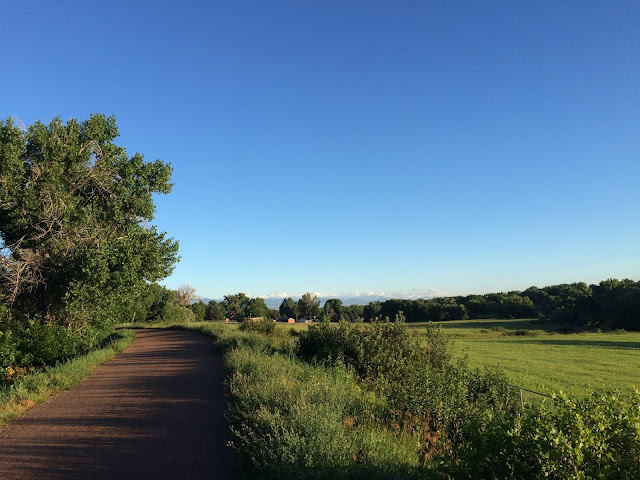 My mind was as clear as the sky this morning. Finally the haze and clouds lifted, and for once this week, not a cloud in the sky as I headed out. I have recently found myself taking fewer pictures, but today was ridiculous. I only took three, and I might have only taken one if I didn't take a couple near the end of my run when I saw a guy on the Highline Canal trail also taking a picture. I'm not entirely sure what he saw that was worth taking, as the two pictures I took were okay but nothing special...I ended up using my earlier picture of the mountains and clear skies.

Not much else exciting happened on this outing...the biggest moment of excitement was when a guy on a bike stopped me. I thought he was going to ask for some money, so I was non-plussed, but it turned out that he just wanted to know what time it was...which was easy enough info to provide. 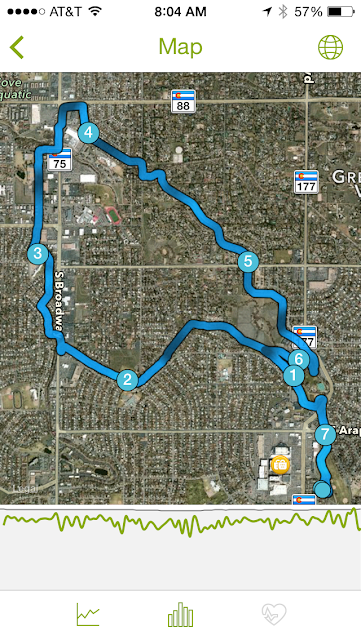