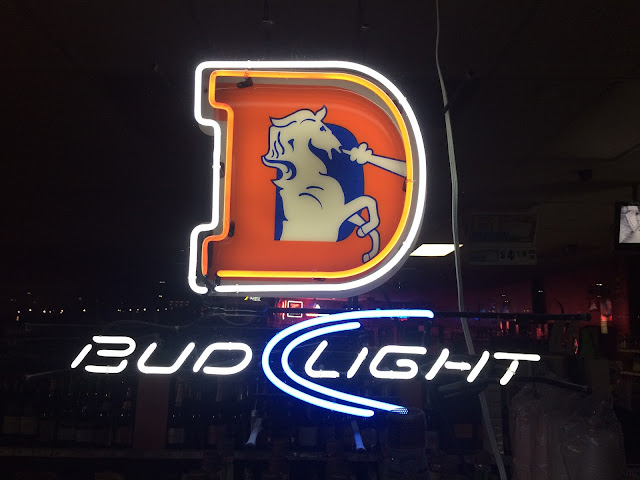 
The days are getting so short. Even with the switch to standard time, sunrise is still coming awfully late in the morning. As you can see in my photo above, when I first started out, the darkness was so complete that even the neon lights were still on and shining bright in the local liquor store. The snow that fell this week had mostly melted, but the trails are still a mess, so I ended up running along streets exclusively on this run. Although it was dark, thankfully it wasn't chilly. It was actually a quite nice morning...even if it was going to snow later that day, and there was hardly a cloud in the sky when I finished up.

The greatest moment of this run came when I was less than two miles away from home, and discovered a street I had never run down before. As I was running down this street, I found a glorious weird pair of statues is someone's front yard. I took photos, but it was so early in the morning, that the darkness prevented me from getting a good picture. I'm sure I'll have pictures in this blog at some point, but the ones I took on this run were pretty blurry. Mostly I was pleased that I found yet another weird thing in Littleton...Every time I think I've discovered them all, a new one pops up. 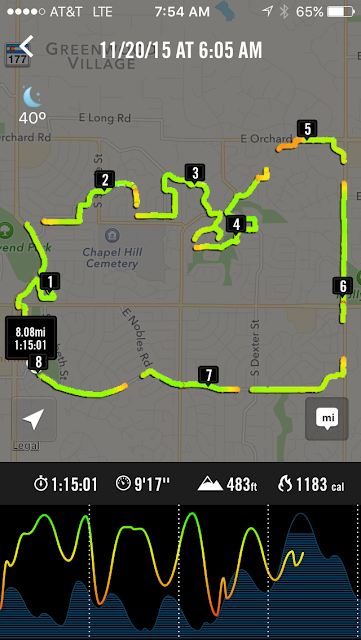