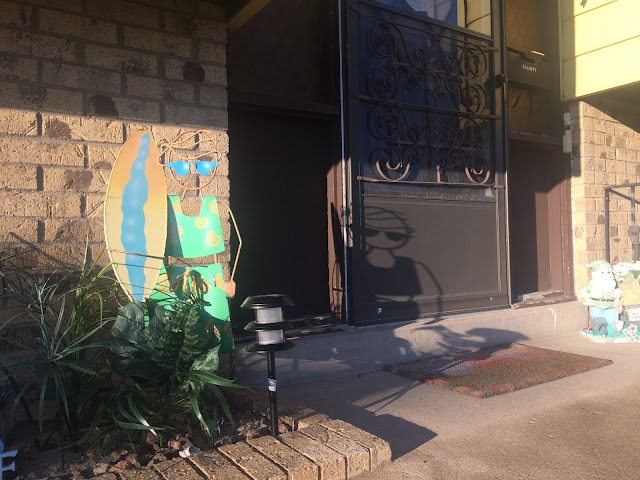 I just discovered a podcast called the Beef and Dairy Network. It's a comedy podcast that masquerades as a serious podcast about cows. It is charming, madly weird, different from anything I've ever heard, and at times hilarious beyond all reasonable measure. I listened to eight back episodes on this run, and enjoyed every minute of it. They are only eight to ten minutes long, and it comes out monthly, so I will probably never be able to binge on it again the way I did this morning, but that's okay. I'm now caught up on all it's history, and look forward to more episodes in the future.

As for the run, it was a struggle. I had a terrible night's sleep and a day and a half ago I gave blood, so I was tired and light headed for much of this outing. The fact that I was able to squeeze out almost seven miles from my tired body was nothing short of a miracle. I'm thankful that I am taking tomorrow off to rest and recuperate. Hopefully I'll be my old self again come Friday's run.

I had a mission on this run. I figured I'd try to see if I could visit all three major Littleton High Schools on one trip. I began by hitting up Arapahoe High School, then I headed west to Heritage, and I finished my school loop by running past Littleton High. I was too early to be able to tell if anything big was happening at Arapahoe, but outside of Heritage, I saw a lot of students in red caps and gowns getting their photos taken outside of the school, and it appeared they were getting ready to graduate or else they just really like caps and gowns. I assume that a graduation ceremony is also happening at Littleton High School this morning, as when I ran past there were about eight police officers standing next to the fence of the school and cars were pouring into the parking lot at a rapid rate. Weird that I chose to visit all these schools on one of their biggest days of the year without realizing that it was graduation day. Congrats to all the graduates that I don't know.

Today's photo comes from a random house with several cool surfer decorations in front of their house. I particularly like this photo because of the shadow that the surfer guy casts on the front door. 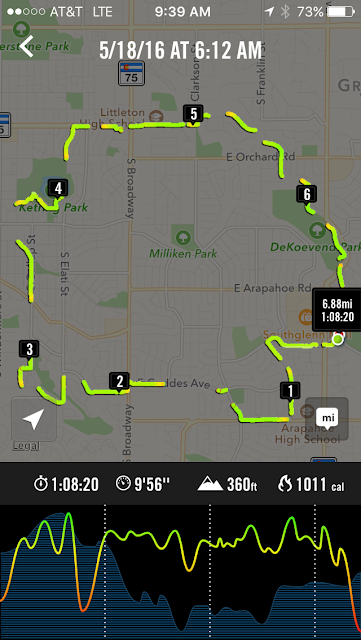