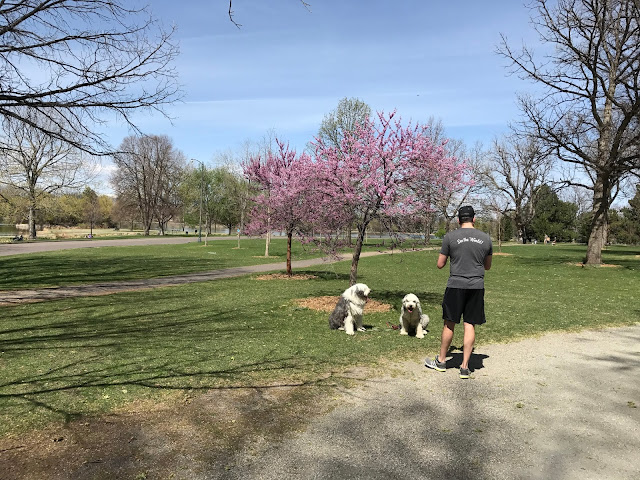 I'm usually up super early on a Sunday to get a run in before church, but we went to church on Saturday per a request to regular attenders to not go Easter morning to allow room to accommodate the Easter crowds. Therefore, I didn't have a pressing reason to leave early, and since I wanted to see my kids open their Easter baskets and hunt for eggs, I didn't actually leave the house until around 11, when I decided to hit up Wash Park.

Going running first thing in the morning is my norm, but there are some nice things about a midday run. I was able to go in shorts and a tshirt and even dressed that way, I still got pretty warm. It was a nice kind of warm, though. The kind of warm where your muscles feel relaxed and loose and as a result, I was able to average under a nine minute mile for the entire run. It feels like it's been a very long time since I've accomplished that feat, and I didn't even feel like I had pushed myself super hard. I was tired, but not exhausted.

Today's photo came from the moment that made me smile the most on this entire run. The man in this photo is trying desperately to get a nice photo of both of his dogs sitting in front of pink trees with the lake in the background. It was a lovely setting, but the dogs were having none of it. They kept moving, and he kept trying to put them back in place. They were not looking at him much, and when he finally got one dog in place, the other would move. It was hilarious. I think it's the dogs' way of getting revenge for being out on a warm Sunday with that much hair on their bodies. It had to be hot to be those dogs in that situation...not looking at the camera was their quiet rebellion. I have no idea if he ever got a good photo, but enjoyed myself watching it all go down either way. 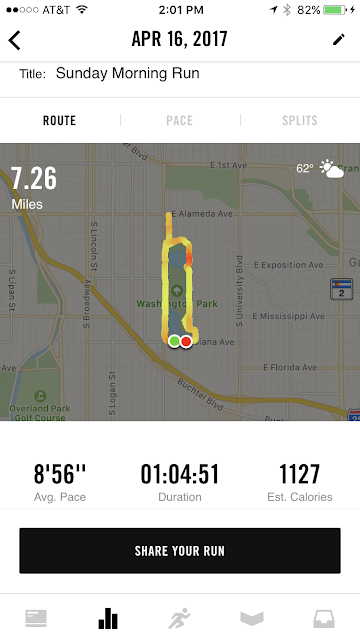