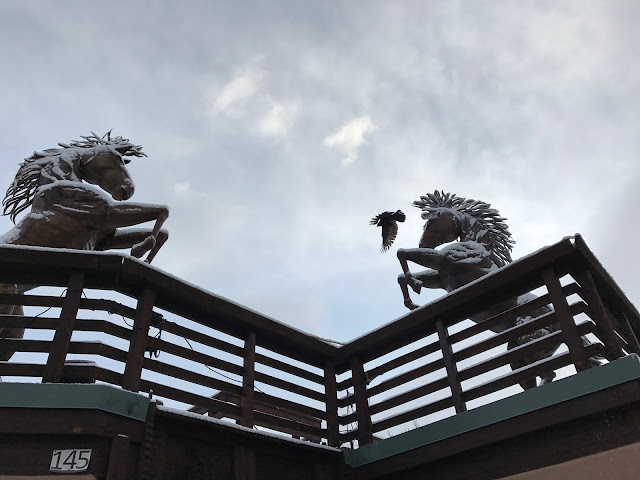 I had planned to run on March 31st, but while out on a hike the day previous I banged my knee against a rock and it was sore enough that I felt like it needed a rest. I thought I was going to be out of luck and only get one run in while I was in Santa Fe, as we were leaving on Saturday (April 1), but then I realized that we weren't leaving first thing in the morning, and I could squeeze in one final run.

My knee was mostly better, and once I got moving it was no problem at all. I headed north towards downtown again, but decided to run up a different street to get a different experience. The street I chose was one of the busier ones in the whole city, and the type of street that I typically avoid. However, it was early enough on a Saturday that traffic was practically non-existent, so it didn't feel TOO busy. Sometimes the exhaust coming off all the cars on a main thoroughfare feels poisonous and awful, but I avoided that by getting started at 6AM.

Although the weather for this trip had mostly been great, a cold front blew in over night, and a decent layer of snow was covering everything as I started out. It was the best kind of snow in that it had finished falling, it made trees and buildings look beautiful, but the streets were barely even wet and completely NOT slippery. I took a ton of pictures on this run because I was in a beautiful and foreign place AND that place had been glazed with a layer of white making it look quite stunning. Choosing which photo to use for this post might have been much more difficult had it not been for a brief moment of serendipity when these two cool horse statues were made even cooler looking by a raven photobombing my picture as I took it. 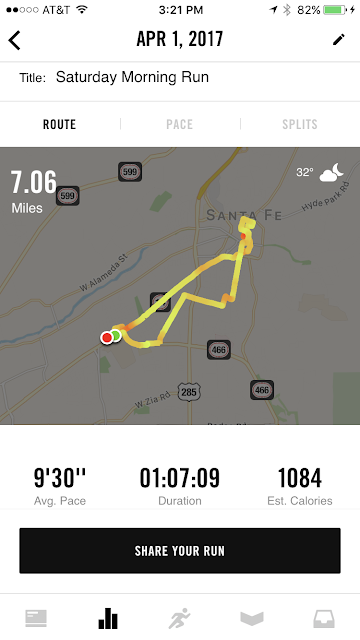