I feel like the weather pulled a bait and switch on me this morning. It was 47 degrees outside as I left my house, and I was wearing minimal winter clothing, just a long sleeved running shirt, jogging pants and no gloves, as it was pretty comfortably warm. It felt great for about 45 minutes, but sometime in the 7 O'Clock hour a cold front blew in and suddenly the temperature dropped by 25 degrees and the wind picked up and the second half of my run was frigid.

I took the photo above as I was literally watching the cold front move in. You could SEE it before you felt it. Then I felt it, and I powered through to get additional miles and Squirtles, as I was camped out at DeKoevend Park since it's such a good place to mine Squirtles right now. While braving the cold I caught 26 of them, and got in a decent run to boot. Now if I could just keep those cold fronts from moving in on me. 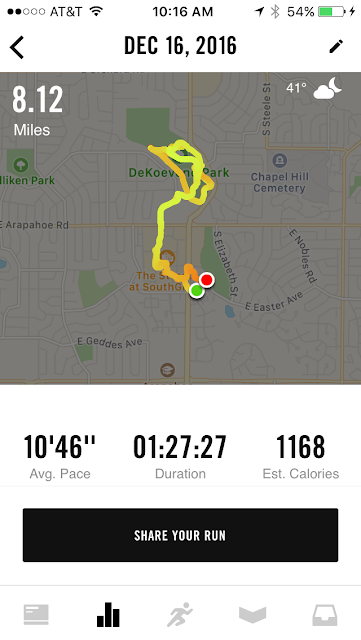