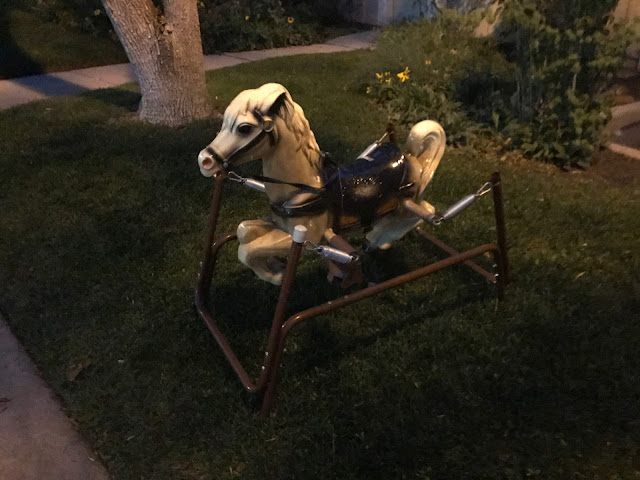 Fall is sweeping summer away. Today was my first long sleeves and pants running day in months, and I was still cold for the first ten minutes. In addition to being chilly as I started out, I walked up the street, and this bouncy horse was sitting on a neighbor's lawn. I've never seen this toy before, and man was it disturbing in the early dawn light to see it sitting there. It was super creepy.

I pushed past the fear and the chill of those first few moments, and had a decent morning run. My only real complaint was that the Pokemon Go servers were down, so for most of this run, I was just running and not also playing an augmented reality video game. It was funny how much I missed having that little buzz of the Pokemon Go Plus going off in my hand. It felt like I was missing a limb, my run didn't feel quite right. 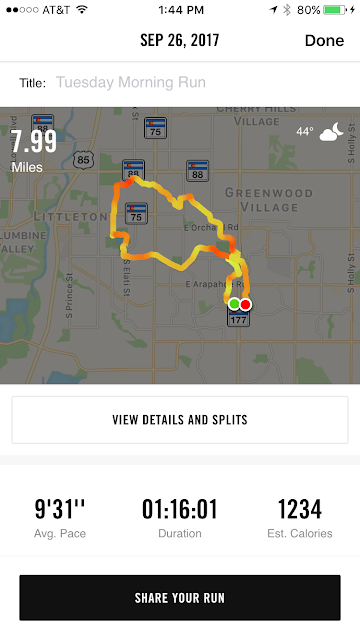