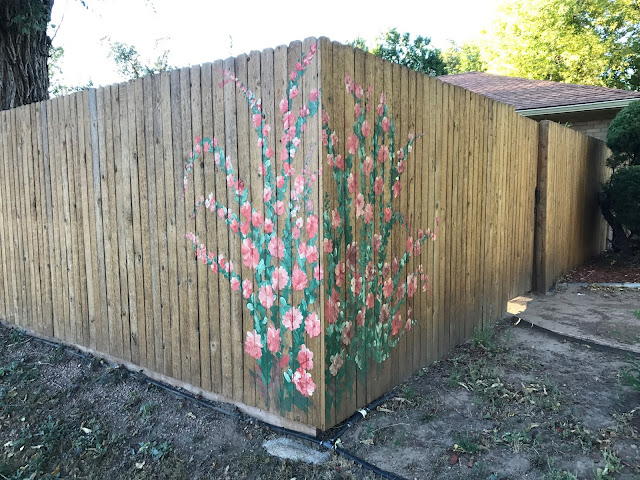 Ah, after the gassy disaster that was my last run, it felt so good to just feel normal today. I wasn't going all that fast, but at least I was going and each step wasn't an adventure in pain. I ended up going further than I intended just because it felt so good to be out and productive after having missed a lot of time lately due to falling and jury duty.

Today's picture is a fence that can been seen along a mildly busy stretch of Littleton Boulevard. Someone decided to paint a rosebush on a fence for some reason. I can't decide if I like this, or I think it's stupid. Perhaps a little of both. Either way, as with all deviations from normal yards, I am glad it exists. 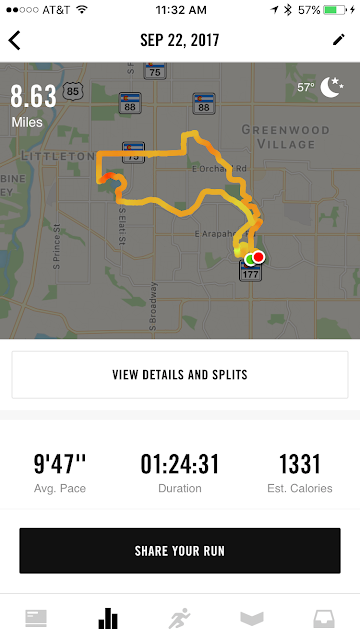