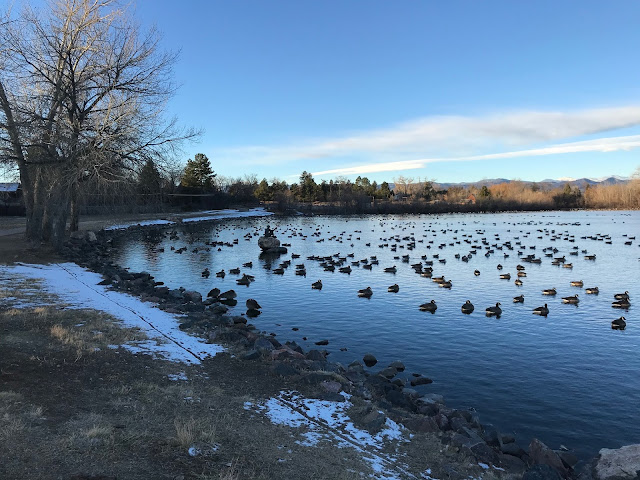 It had been fewer than 24 hours since my lovely run in Wash Park, so my legs were a little wiped out. It showed by the fact that I couldn't get my pace faster than 10 minutes per mile, which was terrible. However, despite the slow pace, it was a pretty morning. After a terrible mid-season finale of the Walking Dead, I listened to my Walking Dead podcast and even they seemed a bit disillusioned by how terrible the episode had been. It was an epic amount of bad. After listening to that, I had a little bit more uplifting second half of the run listening to U2's new album.

I was in a good mood as despite having to go to work that morning, I knew that I would only have a half day of work before a team event at a place that let us paint canvases. I was looking forward to that a lot and it's hard to feel too bitter the day after a special day off when your day back is only a half day and THEN you get a weekend.

Also, I posted this as my picture because I have never seen this many geese at once on Ketring Lake. It was like a goose convention. 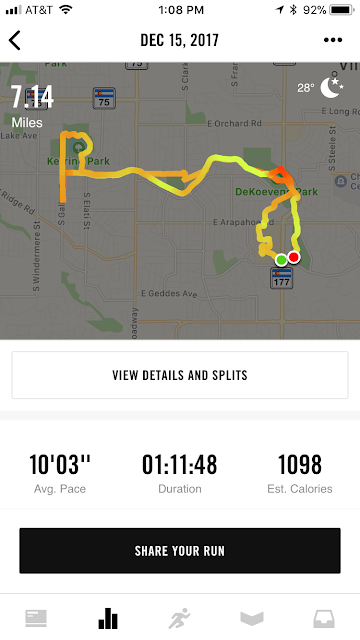