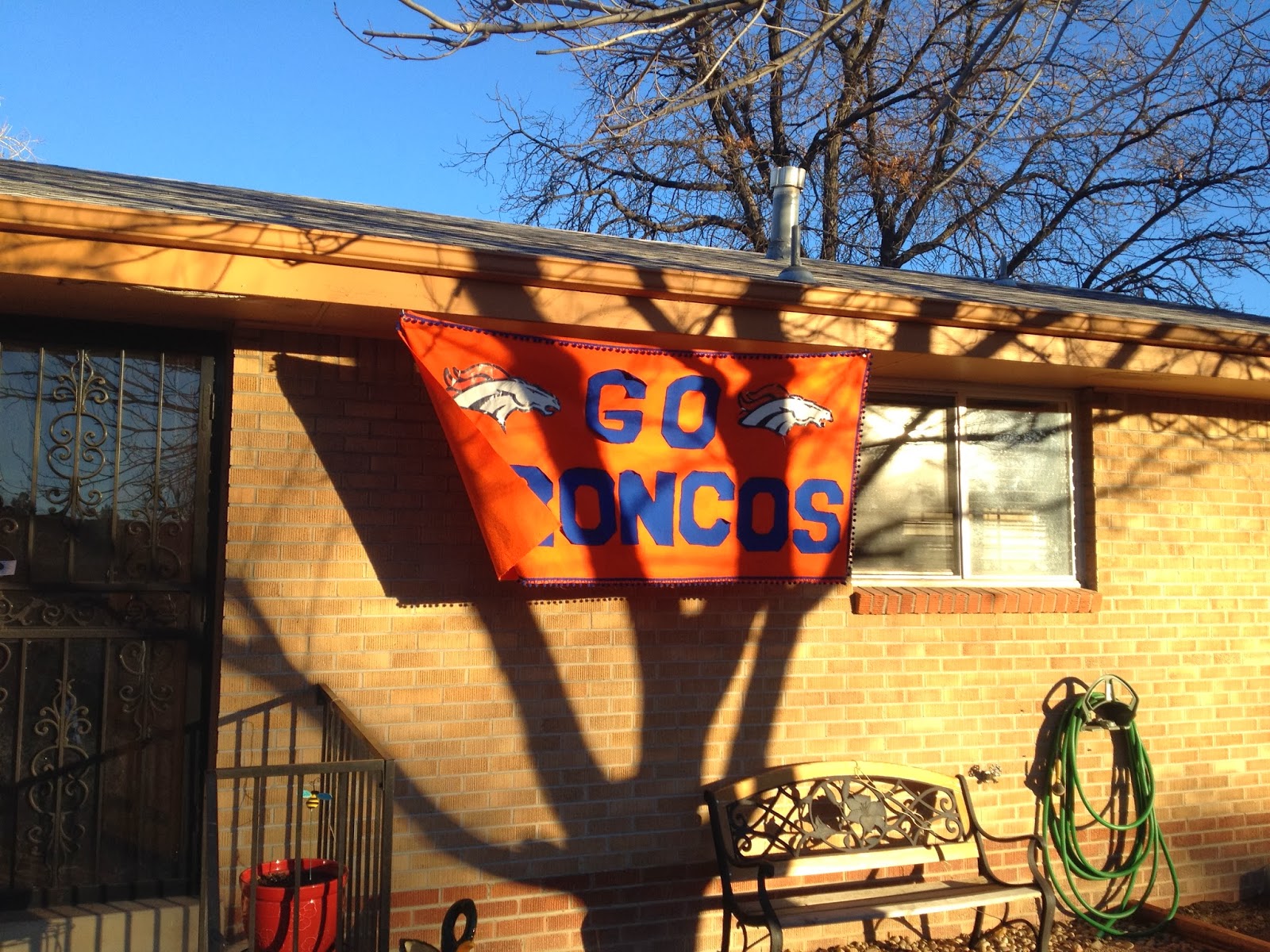 It was unseasonably warm for a January day, so I went out running in short sleeves. This put me in a good mood, because I always prefer less clothing to more clothing. (In moderation...I'm not going to go running naked.) My cheery mood was enhanced by gratitude, as one of the radio stories I was listening to was about a boy in High School who was so susceptible to disease that he had to attend school via a remote controlled robot. This made me feel even more blessed than usual as I jogged the streets of the city in bliss. Basically, I was in a terrific mood.

Since the Broncos are now in the Super Bowl, the city has turned orange. There are pro-Broncos signs everywhere, so in the runs leading up to the Big Game, I'm going to try and take pictures of this pro-Denver cheer, as it makes me happy. I love when the city rallies around one of it's sports teams, and in this city, no team will get rallied around more than our beloved Broncos. I particularly liked this homemade sign. It was a little wonky, as it was bunched up to the point that I never saw the "B" in Broncos, but homemade fan signs are the best. Go Broncos!


First Leg of the run. (It got split up by accident, as I ended my running session rather than ending my call when my wife called me mid-run.)﻿ 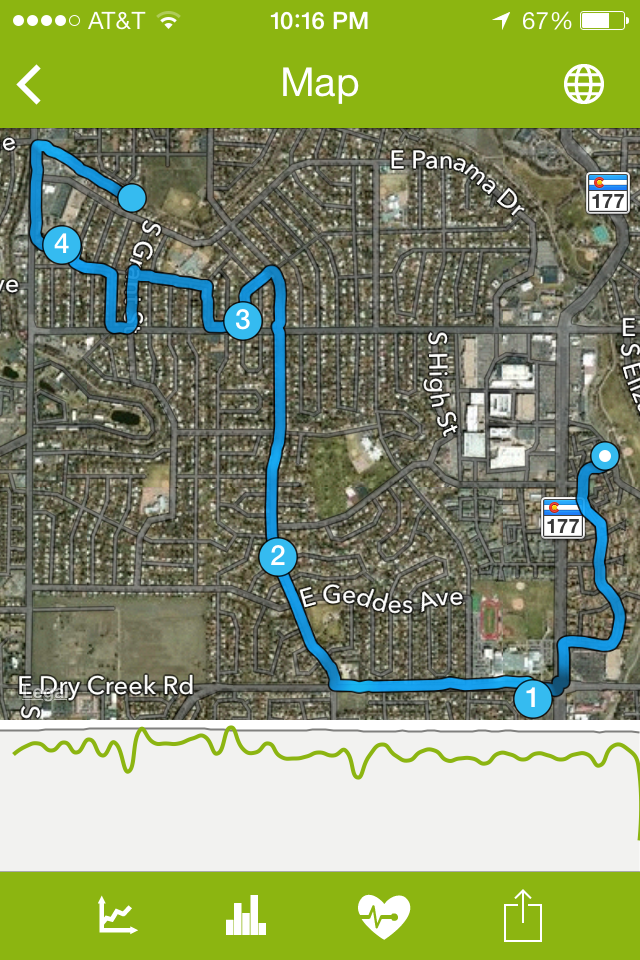 Second Leg of the Run﻿ 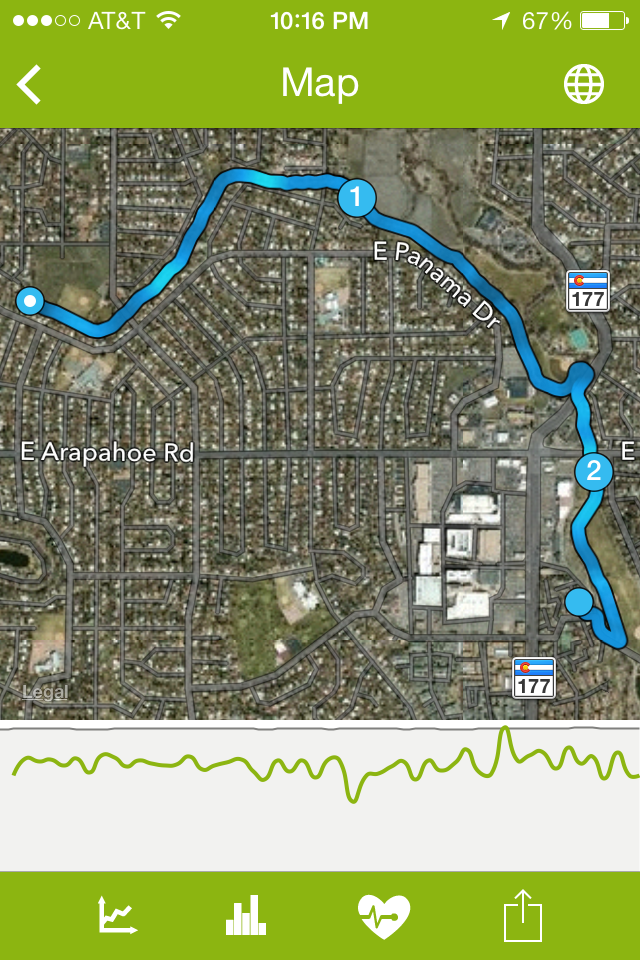