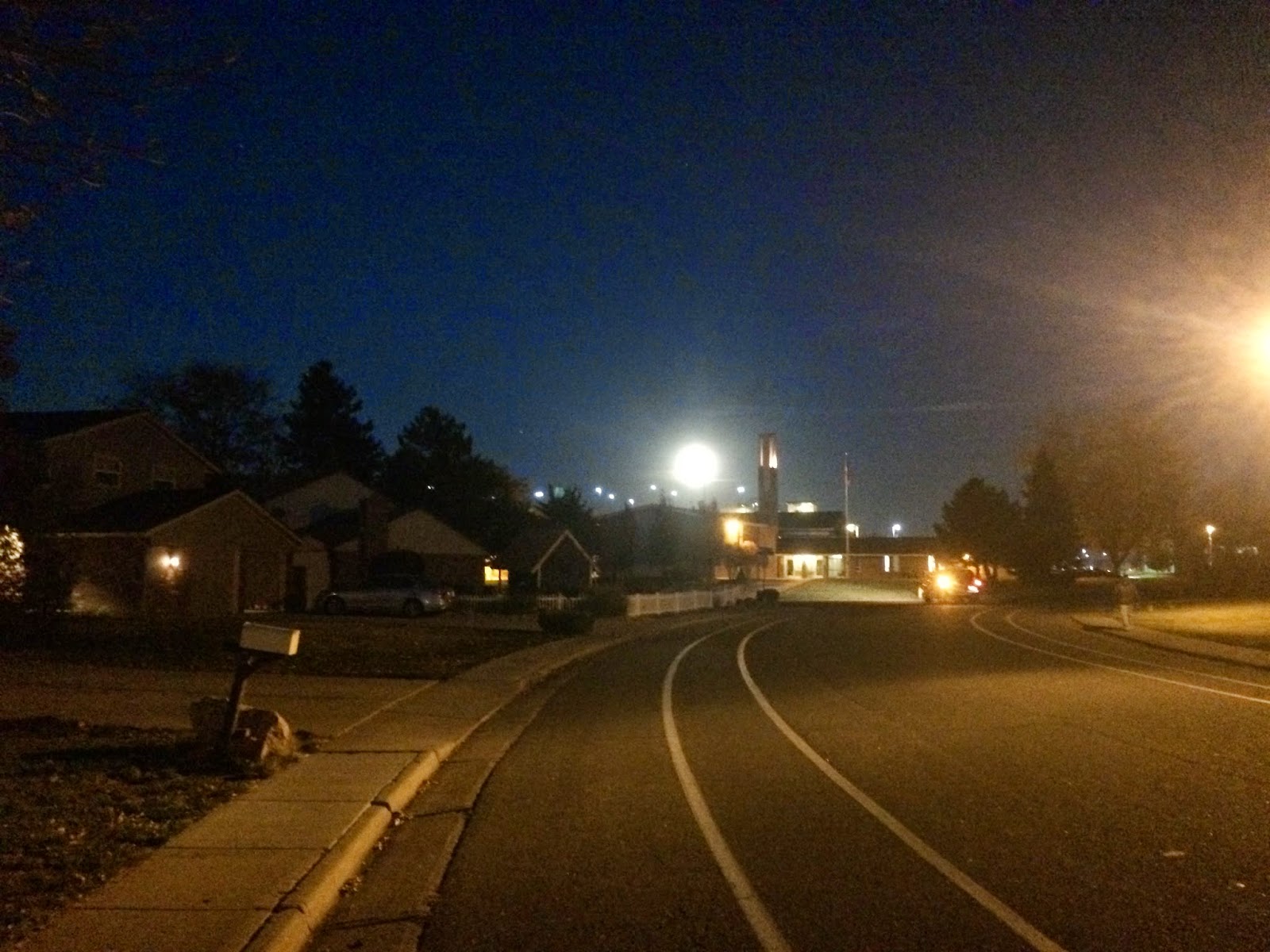 The time change happened last weekend, and now it gets dark far too early. I pushed myself a little further West than I probably should have, and I was starting to get a bit tired as the sun was setting and the temps were dropping. This made for a slow final two miles or so, although in the end I was glad, as I got a this cool picture of the rising full moon. I was especially happy to get this picture, as I was having a hard time finding anything of interest for a photo. This is unusual, as typically when I go out, I'm assaulted on all sides by weird things. This turned out to be kind of a boring run, but staring at the full moon was nice.

One of the only interesting things that happened on this trek was when I stopped for a break at King Soopers. At the front entrance, one of the very first things I came across was a young Asian woman offering samples of sushi. Yes, apparently my grocery store is now in the fresh made sushi business. I tried her offerings, and the sushi roll was actually quite tasty. I suppose if you're selling sushi, you want to have Asian people in charge of the whole situation, but it still amused me that while it's rare to see Asian people working at King Soopers, they have been specially brought in to handle the sushi. I suppose that's appropriate, but it felt both completely normal and a little odd to me at the same time. 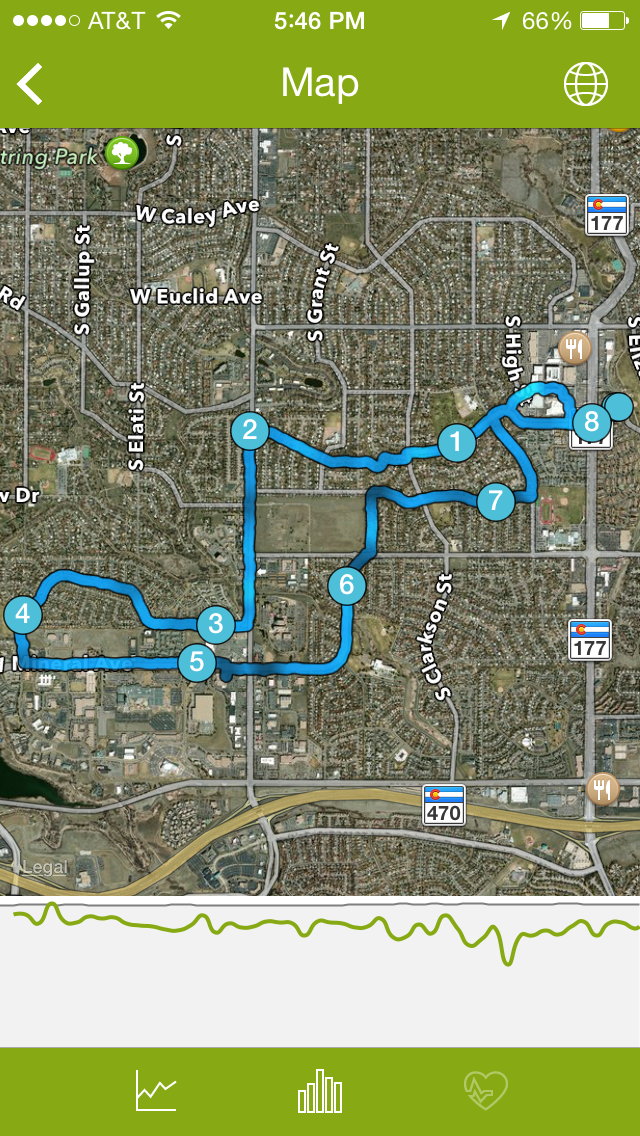