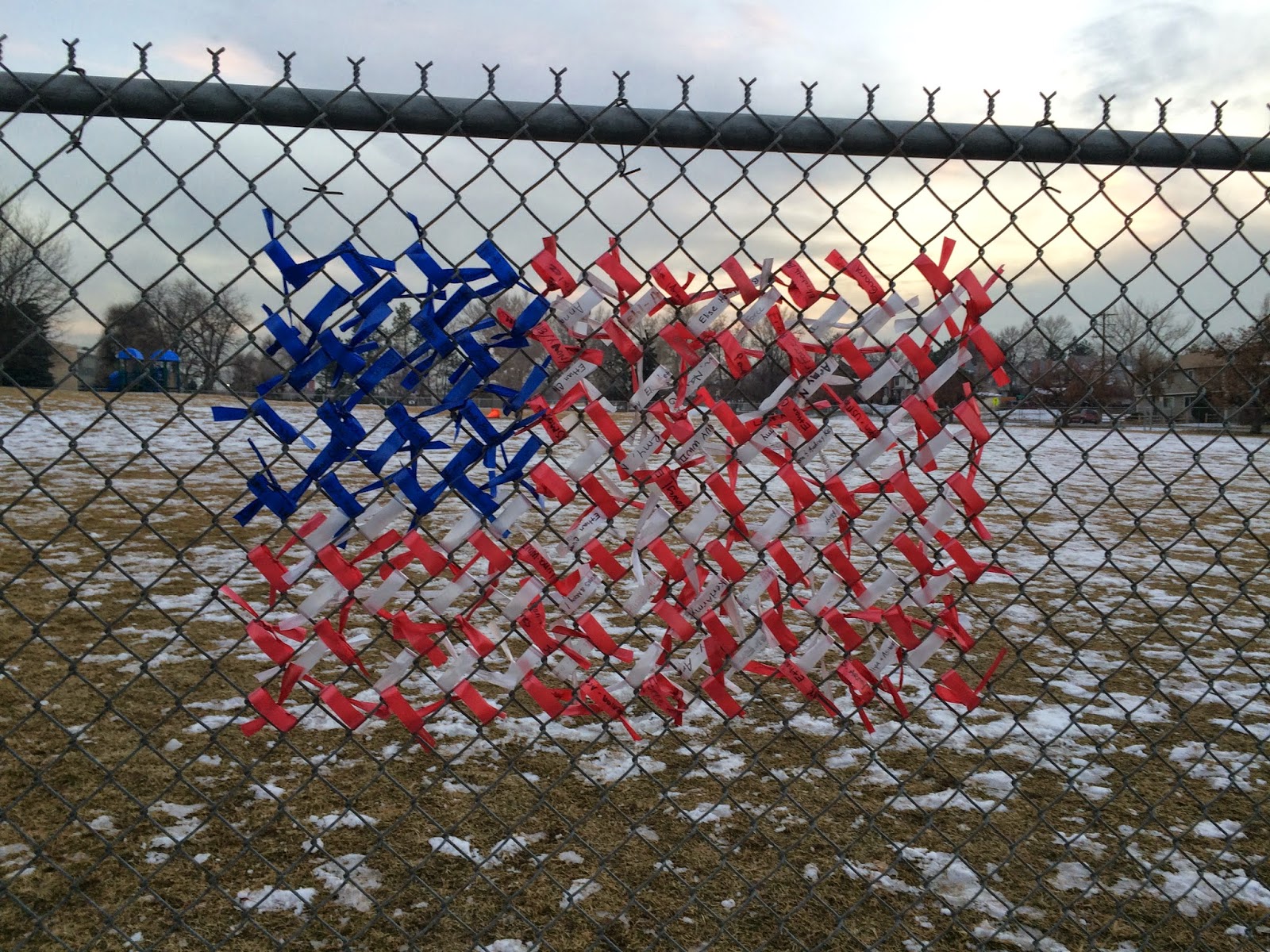 I felt great on this run, and felt as though I could run forever. I ended up running to a Kmart, which is sort of like running forever, even if Rain Man thinks my destination sucks. Sadly, all the trails are snow packed, which meant I was mostly limited to streets on this run. I went home at the 9 mile mark because I needed to call it quits, I felt like I had another five miles in me, but it was pitch black and time for dinner. Still, there was a part of me that could have kept on going.

There weren't a ton of good photo ops on this run, but I did enjoy this fence. The American flag appears to have been made out of wristbands or something, they all had names on them...I assume the names are kids at this school. Not sure why it was created, or what purpose it serves, but it looked cool on this Thursday night...cool enough to have no competition for today's photo, anyway. 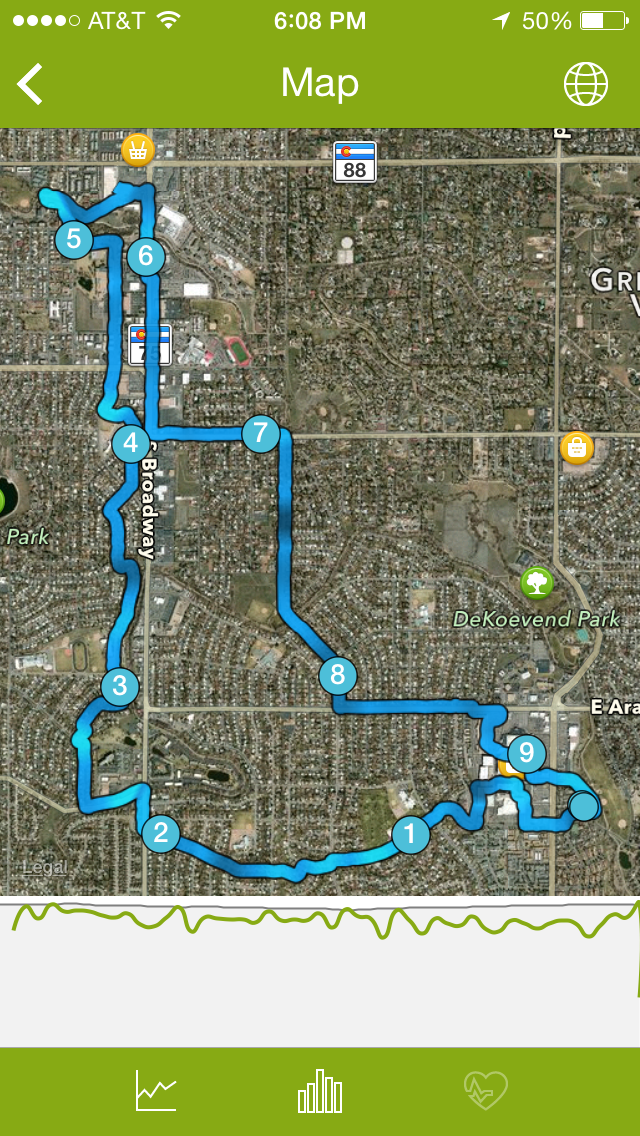