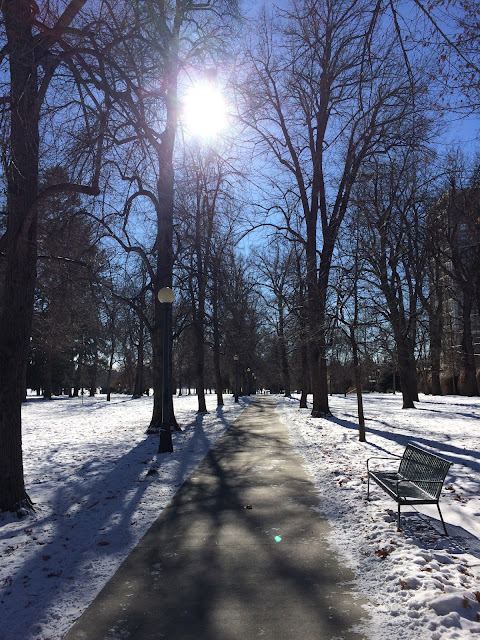 December 27, 2015
8.27 Miles in 1:19:58
Mood: Enjoying the sun and contemplating the Beatles catalog.
Soundtrack: The Beatles "Abbey Road" and "Sgt Pepper's Lonely Hearts Club Band" and "Let it Be"

If you're going to run on a cold day, this was the best possible type of cold day to run. The sun was shining brightly and made it feel warmer, even though it was still freezing. And there had been enough respite from major snows that most of the sidewalks and streets were clear of snow, so I could actually run free from worry of sliding for the most part. I began at Wash Park with a clear goal: Run to Congress Park and then back. I had never been to Congress Park and wanted to check it out. It's small, but has some nice athletic pools and a great looking swimming pool which is obviously closed because...December.

It's been pretty cool to have the Beatles full catalog on Spotify for the first time, and I've been jumping in with both feet. Of the Albums I've listened to so far, I think I have to say that Sgt Pepper's is easily my favorite, but I'll continue to take them all in a few times before I release an official ranking. I've always enjoyed Beatles music, but I've never had such full access like this before, so it's cool to hear some of their B sides to see what I like the most, and get a feel for a full album in context.

I've realized through all this cold and winter that only the die hard runners are still out in this nastiness. I enjoy the warm cozy days when Wash Park is so packed with runners that it's ridiculous. On the final leg of my run, I ran for over a mile through the park, and only passed a handful of runners. I'd pass hundreds if this were a June morning. It's more fun when people are buzzing around the paths, no question. Oh well, winter won't last forever. 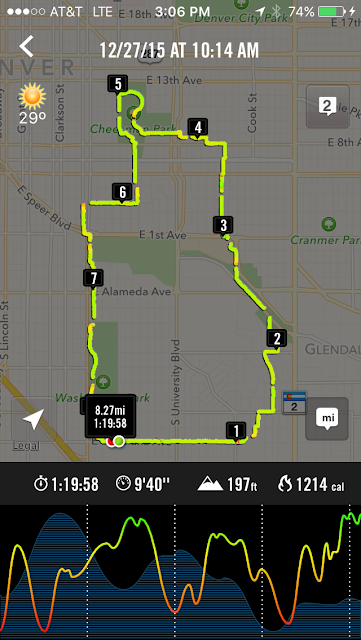