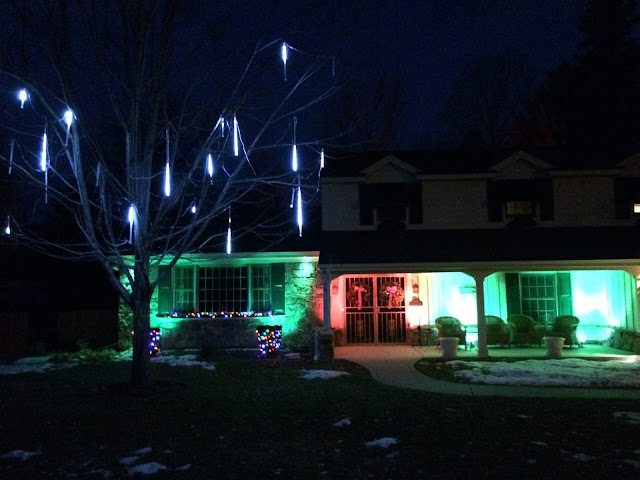 This run started with an errand of dropping a small bag of clothes in a donation bin. Turns out that it is undesirable to run with a bag of clothes...even though it was less than half a mile to the donation box I felt a large sense of relief after I had dropped off my package.

About two miles later, I found myself suddenly needing to drop off another much more unpleasant package...only there was no bathroom in the immediate area. I tried to run as much as I could to arrive at one, but in this delicate condition...running is difficult. I finally found myself inside a King Soopers grocery store, where I created a new infallible law of nature. The odds of heading in the right direction to find the public restroom inside an unfamiliar store is inversely proportional to how badly you need to go Big Potty. After circling the store, I finally found the restroom only to find a Cleveland Browns fan using the only toilet as a urinal. Leave it to a Browns fan to use the wrong bathroom implement causing me to have to wait under violent duress. THE URINAL WAS UNUSED!!! I'm still annoyed.

Thankfully, I survived the wait, and found blessed relief moments later. The only other real notable thing about this run was that I only took pictures in the dark today, as apparently I forgot to photograph anything once the sun rose, so we end up with a picture of a nice little house with red and green lights and a tree with lights that fall from top to bottom as if it were raining. Merry two weeks before Christmas, everybody. 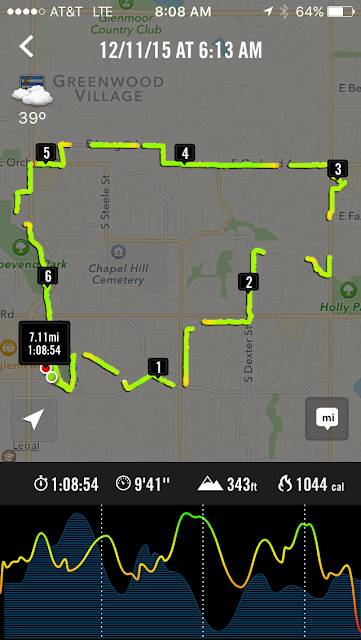