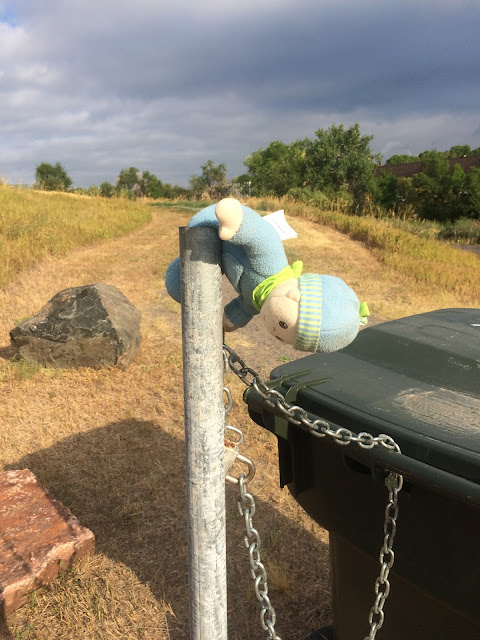 August 19, 2016
8.31 Miles in 1:23:15
Mood: Laughing at historical violence reenacted with baby dolls, and being late isn't so bad when there is a Snorlax involved.
Soundtrack: Mumford & Sons "Wilder Mind" / Carbon Leaf "Ghost Dragon Attacks Castle" / Ben Folds Five "The Sound of the Life of the Mind"

There are stories throughout many different cultures of barbaric warlords impaling humans on pikes and placing their bodies along roadways as warnings to others that they are on dangerous grounds. Oddly, this is the very first thing I thought of when I saw the scene pictured above. That made me laugh, and then take a picture, and now it's the picture for this post.

I went south to check out the scenic portion of Highlands Ranch, and I ended up going a bit farther than I had intended, so on the way home, I was trying to hurry...although not so much as to not stop and hit up Pokestops in places where I knew they were located. My hurrying to get back in time stopped very quickly when I saw the following on my phone... 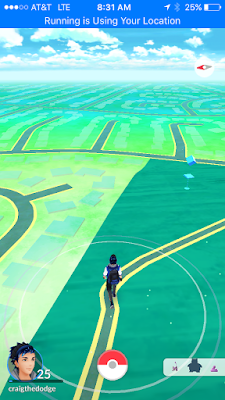 For those who are unfamiliar with Pokemon Go, when you haven't caught a Pokemon, it shows up as a silhouette on the nearby Pokemon radar at the bottom right portion of the screen. That outline is of a Snorlax...an extremely rare Pokemon that I have never before seen. Suddenly, I was tracking Pokemon rather than hurrying home. I really wanted to catch the Snorlax. I thought I had lost it, but I as I ran towards home, I kept my app up just in case it popped back up. It did, and then I found it on a road that I had intended to take home anyway. I took a moment to catch it for me and also on my kids accounts because when you see a Snorlax, you catch it for everyone! I ended up being about 15 minutes late to work this morning, and I regret nothing. 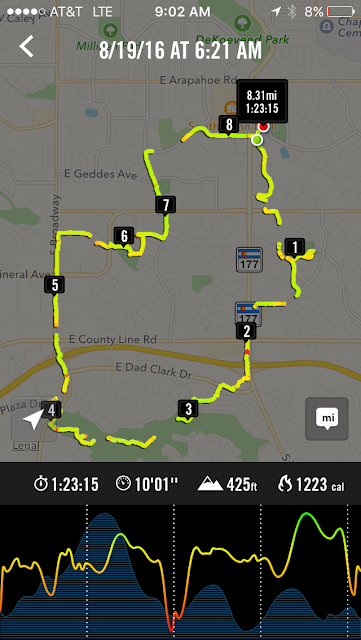