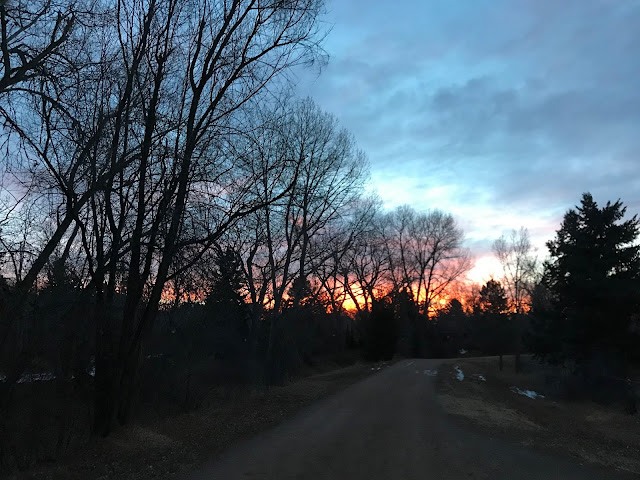 I didn't feel slow on this run, but I couldn't even clock in at averaging under 10 minutes per mile. Perhaps I'm just getting old and slowing down, or maybe I'm eating too much cheese lately. Whatever the reason, I had a fun run that felt solid and clocked in at a snails pace. I woke up a bit earlier than normal, and decided to just get up and start my day 20 minutes early rather than stare at the ceiling in my bed, so I was up and out a bit earlier than normal. That led to getting to see a pretty swanky sunrise. I mean, I usually get to see the sun rise in January when I'm on a run, but I guess I just got to see more of it and from a slightly different vantage point than usual (as I was further down the trail than I usually am when it pops up over the horizon.)

Despite the fact that it has now been 9 days since the snow fell, and many of those days have been unseasonably warm, there are still large stretches of icy trail along the Highline Canal. It's not nearly as bad as when I was risking life and limb by running on them last Friday, but there is still much more snow leavings on the road than I feel is reasonable this long after it fell. And we may get even more white stuff falling before the next time I run, so the problem may get even worse. The good news is that I have made it through January (my next run won't be until February), so I inch ever closer to spring and all the glory that spring entails. Winter cannot last forever! 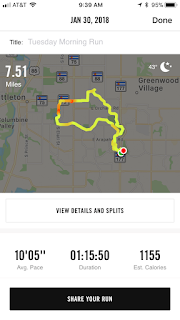