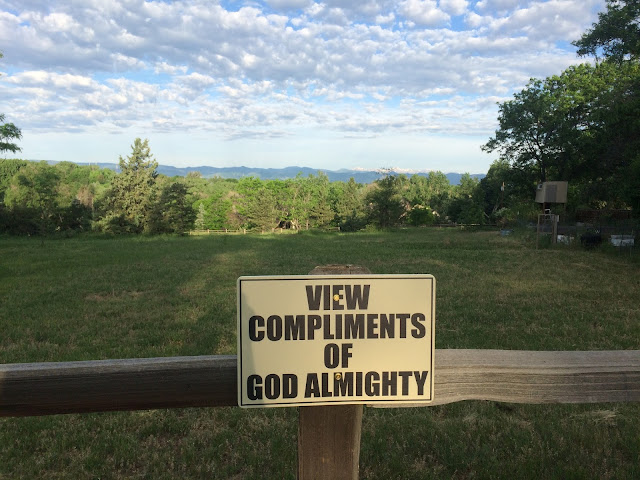 June 10, 2016
4.28 Miles in 43:18
Mood: Wiped Out but enjoying clouds and woodpeckers.
Soundtrack: Benjamen Walker's Theory of Everything / The Mediocre Show / The Gist

After running yesterday, I also then walked with my wife for another 5 or so miles in the evening, so my body was pretty spent after putting in a 40,000 step day on Thursday. June 2016 will be my 30th consecutive 100 mile month if I can manage it, but I'm starting to get worried that it'll be close. I was hoping to get a full run in today, but my body would not allow it. I tried pushing through, but I was wiped. Still, it was a beautiful morning, I had interesting podcasts on my phone to listen to, and the clouds were spectacular, so I enjoyed my morning walk/run even if the running portion was a bit sketchy. At least I managed to pack in another four miles to my June goal. I really want to get to 30 straight months.

My favorite moment of the outing came as I was walking past a large electric pole, and I heard a woodpecker going to town on the wood. I lingered for a minute or two just watching him pound holes into the infrastructure and thought how interesting it was to watch something designed to purposely pound it's own head into something hard and unforgiving. 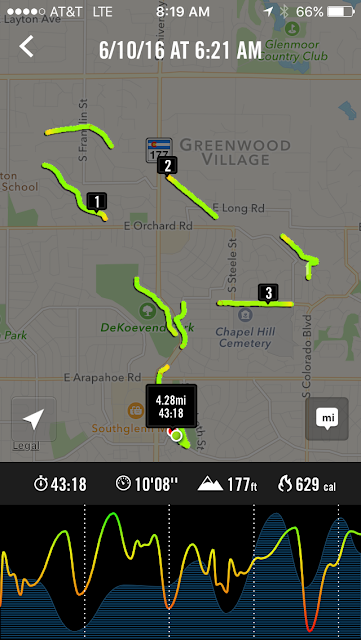