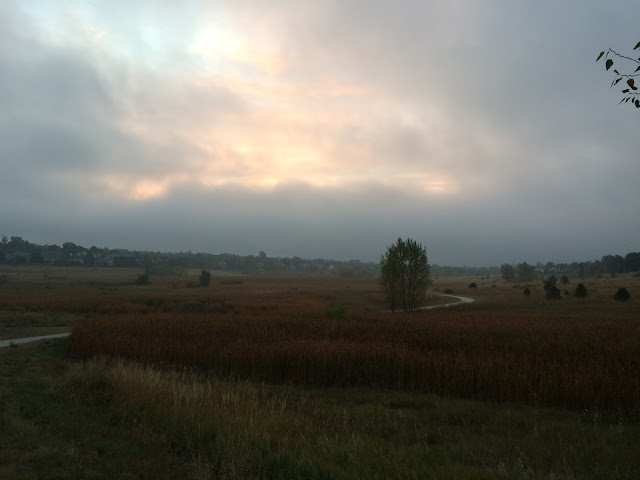 This run was planned for me a week ago when my wife asked if I'd be willing to run to work so that she could get our van into the shop to get it's brakes worked on. I quickly agreed, because it's always fun to actually have a destination for a run instead of just doing the usual loop.

I have run to work one other time a few years ago, and when I did so last time I ran pretty much straight down Arapahoe Road. I wanted to take a different route, so I took to the internet to find an indirect but not TOO indirect route to work. As a result, I was cruising along parks, trails, and residential areas just a little bit to the north or the south of Dry Creek Blvd. If I can find a way to get somewhere that doesn't involved running on the sidewalk of a major street, I try to do so.

I called a few audibles on my way in from my original internet plan. The most major change was running on a small little paved path through a thin park looking stretch just a little south of Dry Creek. These types of trails are rather common in this area, and I have run on many just like it on runs I have taken in this general vicinity. Typically, they dump out on a major thoroughfare with an opening in a fence after a pleasant run through a grassy park. On this particular path, however, the path dead ended right into a fence, and there was no opening to get back to dry creek. It appears there used to be a break in the fence, but now the trail just dead ended. I looked over the six foot fence, and on the other side, I could see a few feet of this old trail continuing on to the sidewalk on Dry Creek. It's my guess that some HOA folk decided that they didn't want non-native undesirables traipsing through their hood, so as so often happens...someone built a wall.

I could have turned around and found another way out, but I was irritated and felt like jumping a fence, so I climbed over and hopped down on the other side with satisfaction. I so rarely get the opportunity to jump fences anymore. It took me back to being a kid, that time in your life when you much more regularly find yourself at the top of a fence. It felt good and slightly rebellious, as I was guessing that these folks didn't want me climbing over their wall.

The rest of the commute in to work went pretty well, albeit at a rather embarrassingly slow pace, and I was in a great mood as I walked in to work. It's a little strange to take a shower at your place of business, but I felt like a million bucks after I got out and headed upstairs a few minutes later to do my job. Run commuting is a really pleasant way to start one's day, and I highly recommend it. Especially if you get to hop a fence in the process.

Today's photo is literally the only thing I took a picture of on this run. I took it about two miles into my commute at the Willow Creek Open Space, as the sun was getting to rise. Sadly, there were too many clouds for a spectacular sunrise, but there was something haunting and beautiful about the obscured sunrise and the foggy fields and hills it was rising behind. 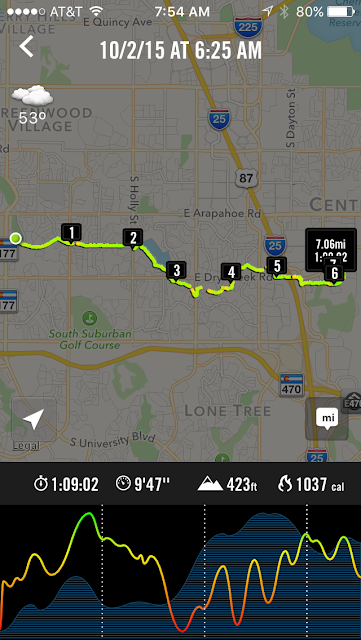