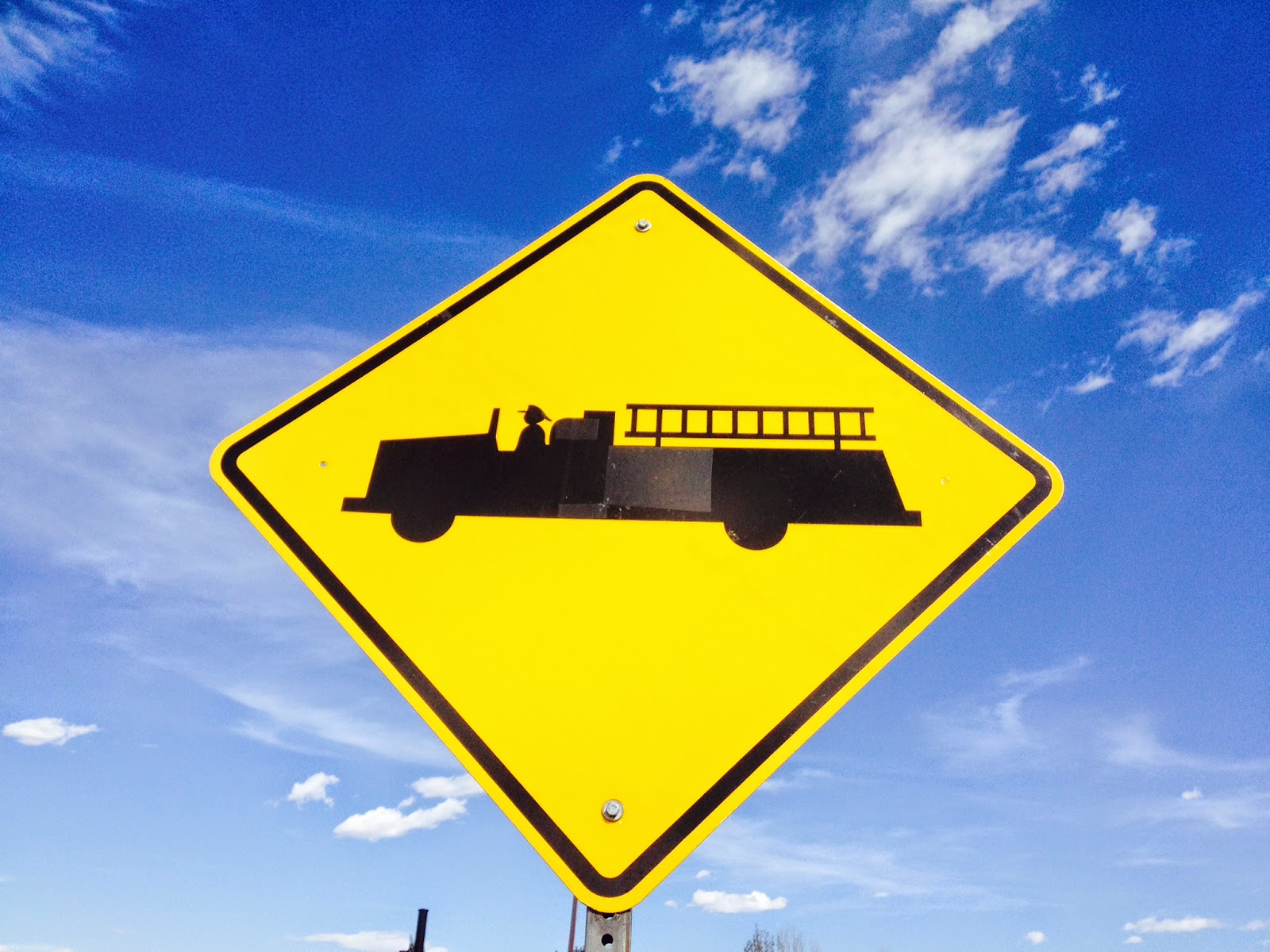 "Warning: A four year old boy has left his toy firetruck in the road. Proceed with caution."

This is the thought that crossed my mind as I ran past this sign. It amused me. Add to that the cool contrast of the blue sky with the yellow sign, and the fact that for some unknown reason it appears that someone did a bad touchup of the paint on the firetruck...and I had to use this picture for this run. (Full disclosure: I also didn't take many pictures on this run, and the pickings were slim. Still, I like this picture.)

Although in most ways, it was a solid and productive run, towards the end this run annoyed and injured me. It annoyed me, because for maybe a five to ten minute stretch I forgot to restart my running app (you can see this stretch on the map below between miles 4 and 5...that 5th mile is much too long.), so I actually was probably closer to seven miles than six on this trip, but I only report on the verifiable and tracked mileage...so 6.07 miles it is. It's dumb, because I recieved all of the actual physical benefit of the exercise, but because it isn't logged...I am annoyed.

Another irritation on this otherwise fine run is that my achilles was bothering me towards the end. I suppose the fact that this was my second run in my new shoes might have something to do with it, but hopefully it's nothing more than a slight irritation. This pain made me decide to forego my Sunday morning run for the first time in months. And as I write this on a Tuesday afternoon, I am very much looking forward to run number eighty-eight. Four days is far too long between runs. 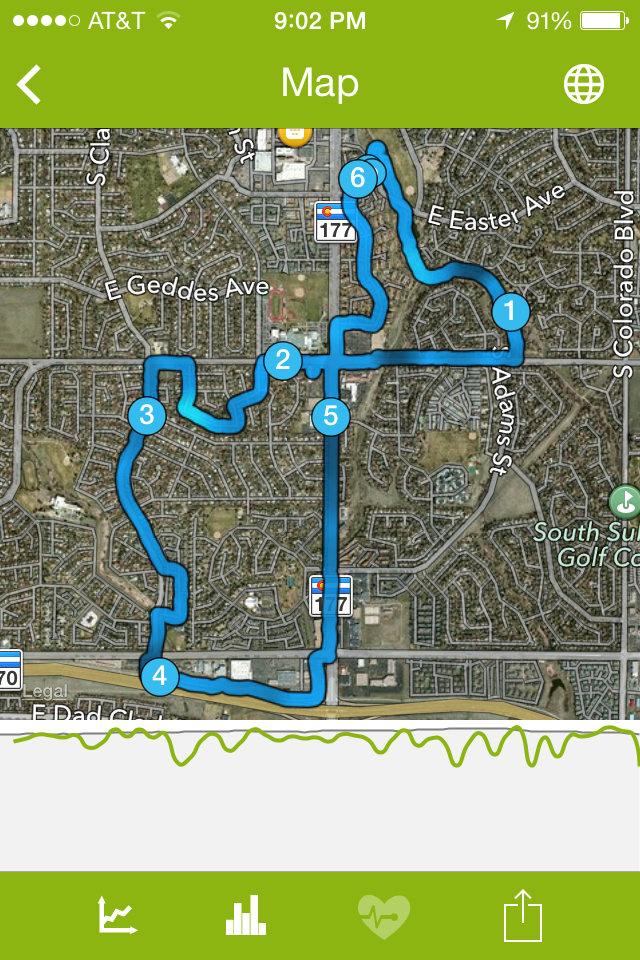