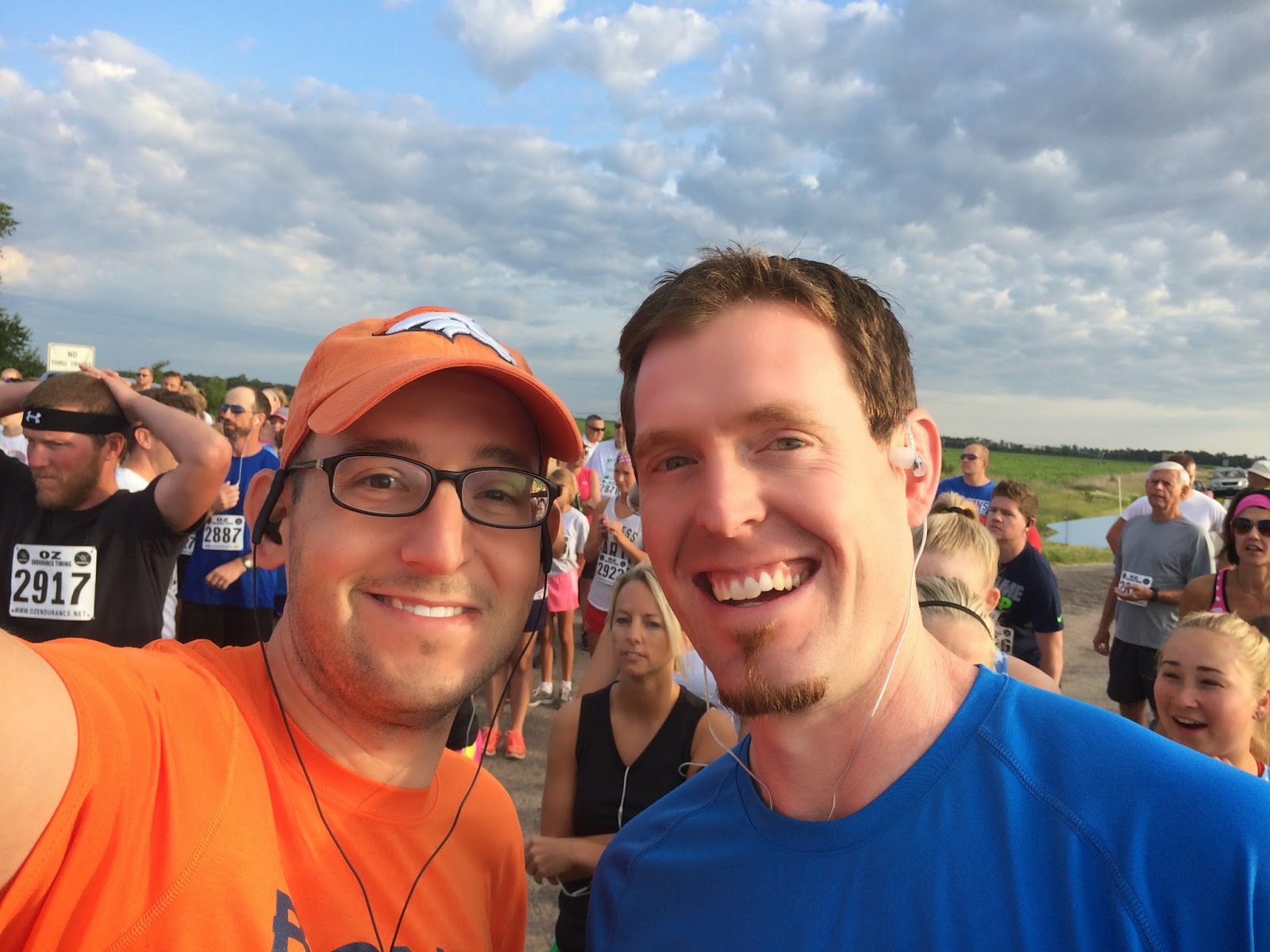 This was only my second ever competitive running event. This one was put on by the city of Sterling, KS, and with a mere 227 runners it was slightly smaller than the fifty-thousand runners plus of my first organized run at the Bolder Boulder. It was slightly less organized, as well, as although it was billed as a 5K, we ran almost exactly three miles which is a tenth of a mile shy of five kilometers. That makes my official time of 23:04 look more impressive than it actually was, but I still finished in 28th place overall and I had a blast...so really that is all that counts. I was the first non-Kansan to finish, which I guess is cool. It was an awesome run and so much fun with all the enthusiasm of all the entrants surrounding you and spurring you on.

I averaged sub-eight minute miles which is way faster than I usually ever run. I had no idea I was pushing such a quick pace until I got some feedback from my Endomondo app a mile into the race, at which time I learned that I had just put in a 7:37 mile. Although I thought that was pretty cool, I was also worried that I was going to fade in the last two miles, as this was a blistering pace by my standards. I decided that I'd just keep pushing it and hope that a combination of low altitude and a short three mile total distance would be enough to help me sustain. Although I was fairly well wiped out by the time I reached the end, I was able to keep going at that rate all the way to the finish, which was amazing. I even finished a little ahead of my brother in law Jeff who finished 32nd overall. Beating Jeff is something I didn't believe was remotely possible, and I must admit is something I feel pretty good about. Although to be fair to him, he hasn't been training much at all for this and still I only beat him by about 20 seconds.

The funniest thing about the run to me was that I kept passing and then getting passed by a little kid. He was probably twelve or thirteen, and I could tell he didn't want an old man beating him, but I could also tell he was getting tired. I kept a steady pace, and every time I'd pass him, he'd tap into his fountain of young reserves and sprint ahead of me. Finally with about half a mile to go, I though I had passed him for good, but in the final tenth of a mile he once again pounded into a sprint to jump just ahead of me. It was abundantly clear to me that he was wiped out as he crossed the finish line and collapsed in a flump, but the dude beat me. So good for him!

It wasn't the most scenic or twisty run, as we started in a cornfield about two miles outside of town and ran almost a straight line down the highway until we finally made a single turn towards Sterling Lake at the very end of the run, but although the route wasn't highly interesting, it was gloriously cool at 7AM, and it was even lined with a few people cheering for us...including a cheering section for Jeff and I, as my nephew Jace (Jeff's son) and my brother in law Marat showed up on the main drag to cheer us on as we ran past.

All in all, it was a fun run. Less professional than the Bolder Boulder, but fun with a small-town charm that made it really memorable. I was glad to have a chance to take part. And of course, most importantly, I demolished the time of the guy wearing the Seattle Seahawks t-shirt. It doesn't make up for the Super Bowl, but it does ease the sting just a tiny smidge. 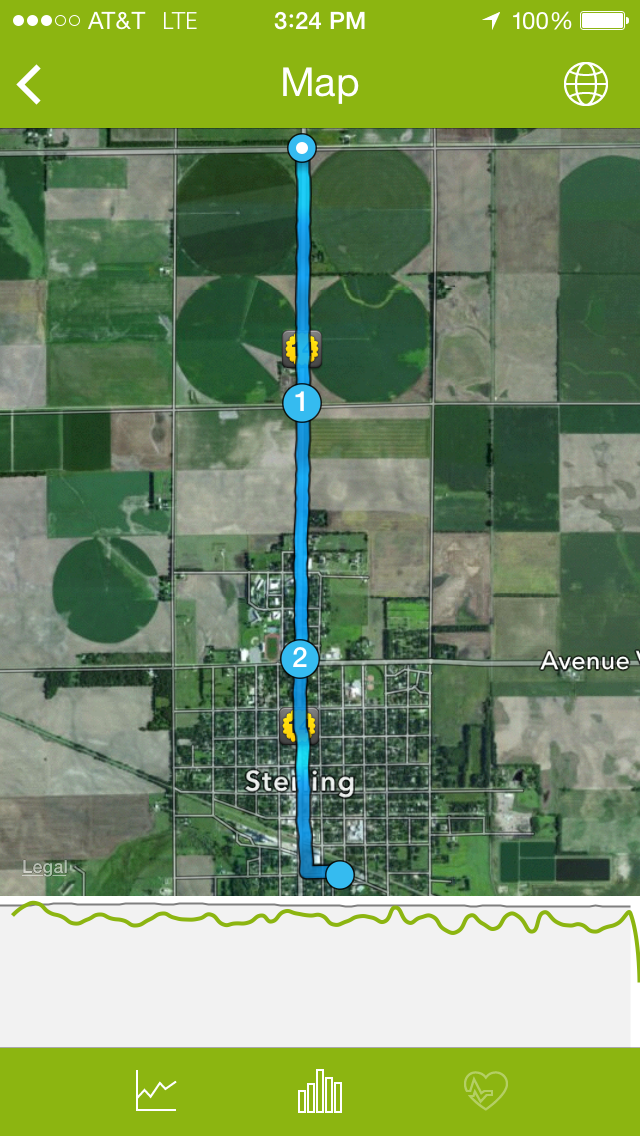