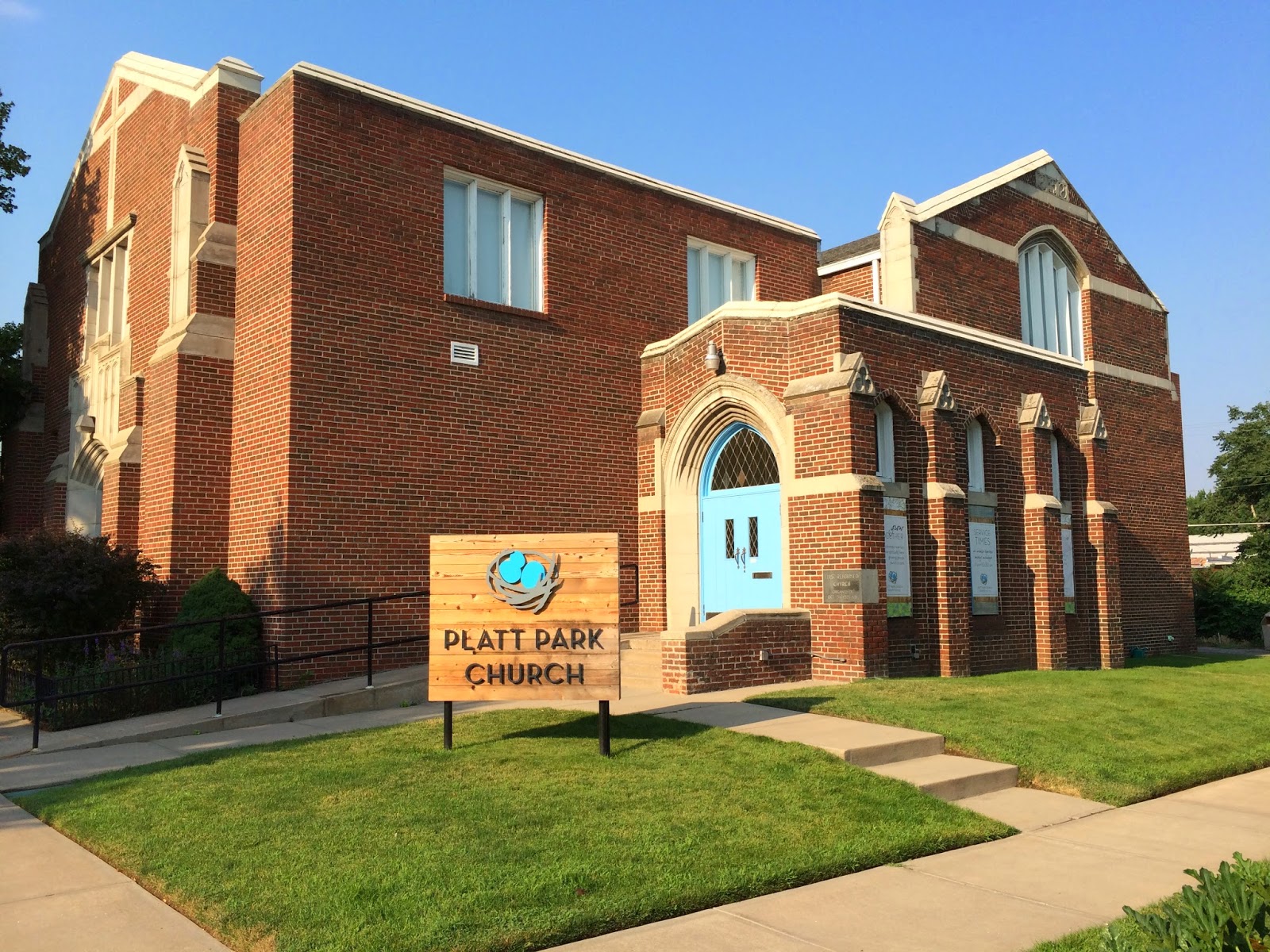 Ellie and Luke get back into town today, but not until this evening, so this morning was set up perfectly for a second straight week of the rarest of the rare...a Saturday morning run. For the past several days, I've been suffering from something that I can only equate to one of Moses's plagues upon Egypt. It manifests itself in a horrible rash that forced me into a dermatologists' office yesterday. They have me on creams and pills, which hopefully will take care of things, but in the mean time, a bit of exercise does NOT improve things, as I discovered on this run.

Despite being itchy, it was a pleasant run. I did a quick spin around Wash Park, and then decided to run through some of the neighborhoods surrounding the park. I passed by a few churches that looked really cool in the Saturday morning light. I'm not sure the reason, but I thought that Platt Park Church looked especially nice. It made me feel good just seeing it. I think it's how the light blue on their doors and sign contrasts with the brick. It's a good look.

At around the five mile mark, I did something I have never done on one of my runs before. I wiped out. I was running south on York, and clipped my shoe on an uneven sidewalk and didn't even come close to gathering myself and before I knew it I was on a collision course with the sidewalk. I was actually rather proud with how well I rolled into the fall. It didn't hurt all that badly, although my arm is a little sore now, but I'm sure I'll be fine. Mostly it was a combination of embarrassing and surprising. I couldn't believe it had happened. I sat on the sidewalk for about 15 seconds before getting up, looking around to see if anyone had witnessed my act of extreme grace, and thankful that it appeared I had succumbed to gravity in relative privacy, I quickly began running down the road again. The run must go on, after all. 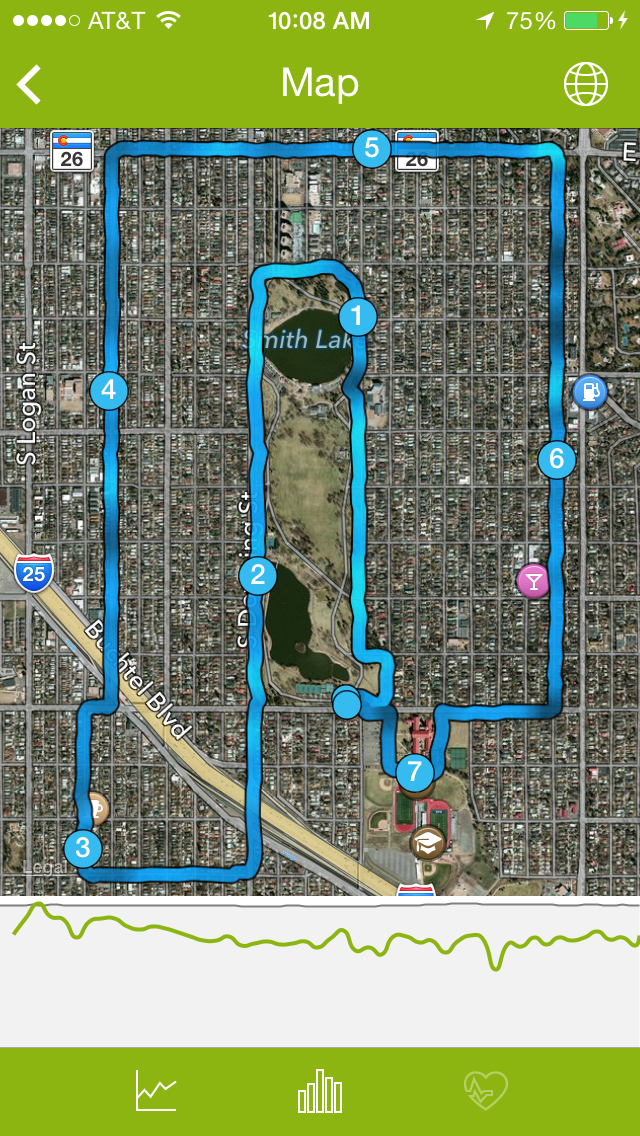