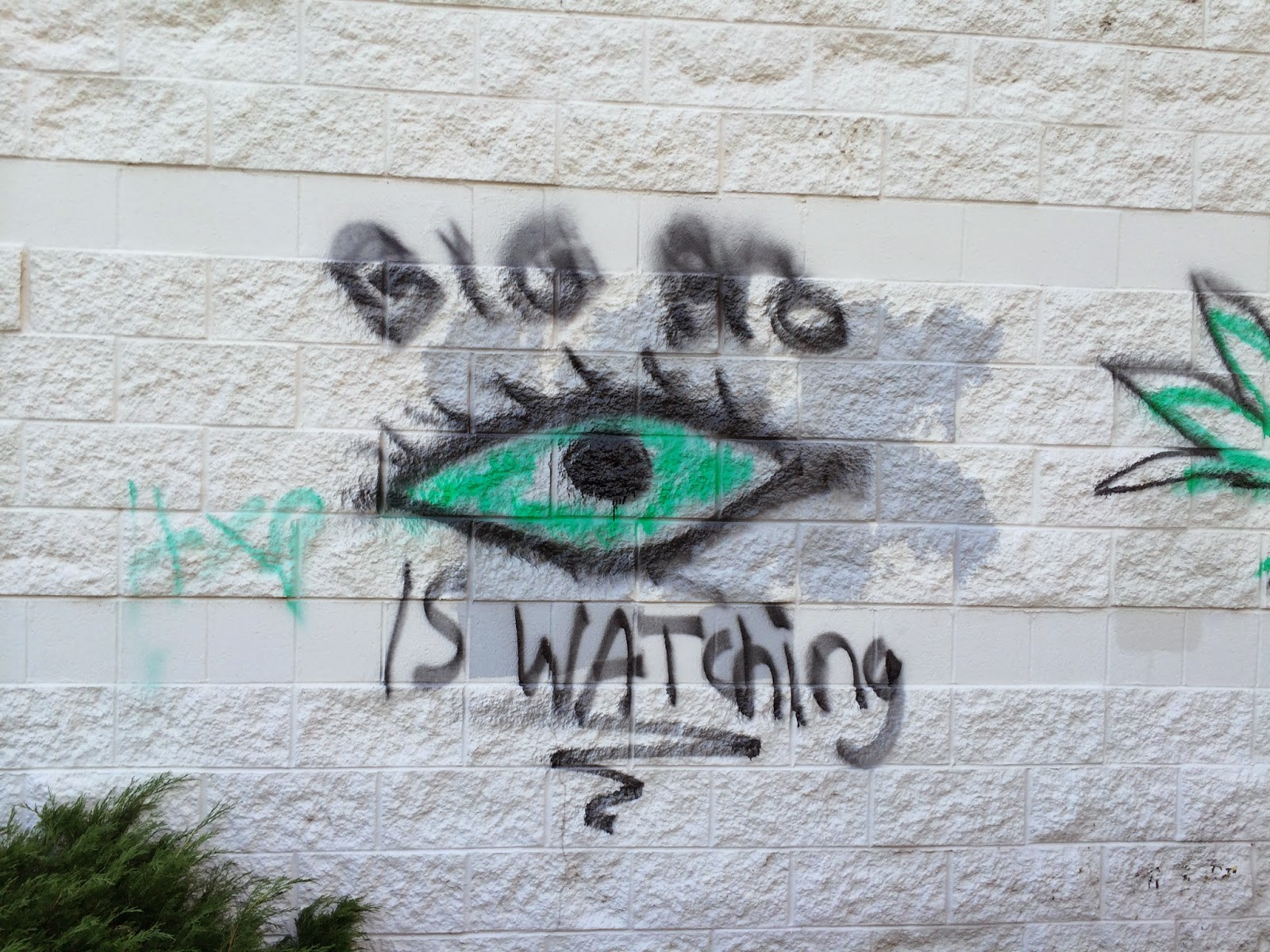 Sometimes running is a slog, even with a full night's sleep and several days rest I was hurting on this run. I hate it when I have to push so hard just to get through a normal run, but it makes me appreciate the times when it comes easy and feels wonderful. Nothing in life is always easy, not even the things we really love.

I am not a huge fan of graffiti, but this particular message makes me laugh. It's sprayed on the backside of an Albertsons grocery store where there is hardly any foot traffic due to no walking paths a plethora of trees and some thick grass. It clearly hasn't bothered "Big Brother" as it's been there for several months with no signs of being removed any time soon. I enjoy a paranoid person who puts their message of fighting the power in a place where no one is going to see it. Kudos to the artist for using two separate colors to really make the message pop. I know I'm going to be more careful to not let the man bring me down as a result of reading it...and they say that if a writer can get through to just one person that their efforts are not in vain.

Not much more to say on this outing other than I struggled a lot, but I also saw an amazing sunset that I might have used for today's photo if my camera didn't so greatly disappoint me in trying to capture the magnificence. The human eye puts an iPhone camera to shame, which is really a bummer because the view I was afforded of the setting sun as I ran the path along C-470 was truly spectacular last night. Oh, and one final thing...this particular map looks like a one earred bunny, doesn't it? 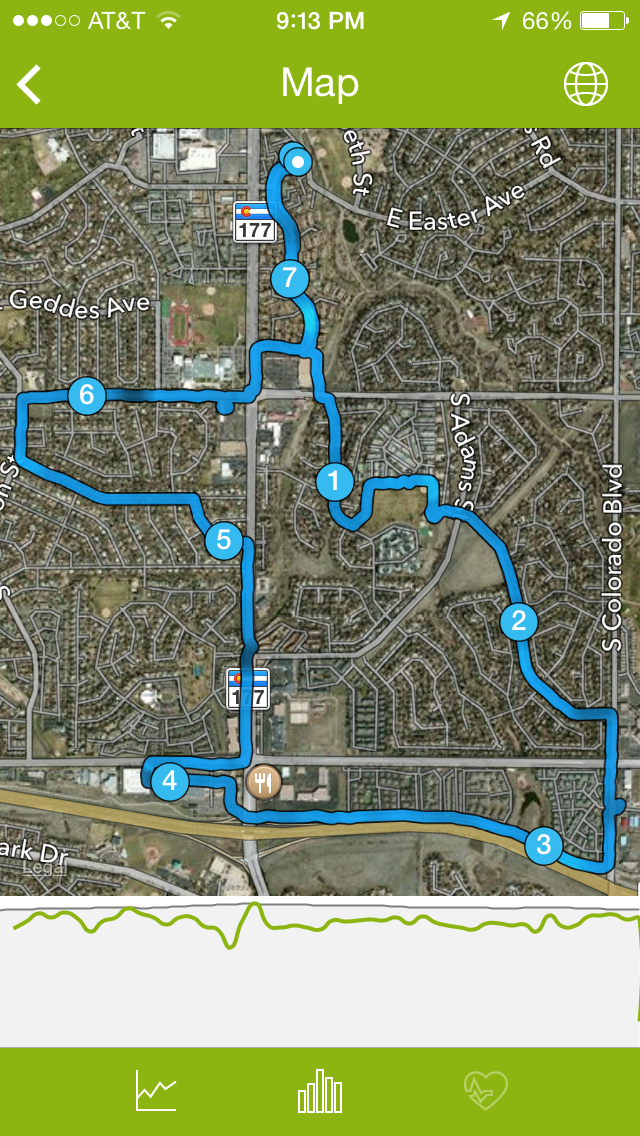